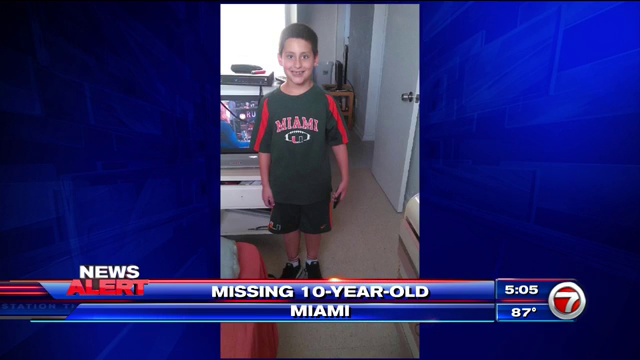 According to 10-year-old Andrey Garcia’s mother, her son leaves Frederick R. Douglass Elementary School in Miami, every day at 3 p.m., and is home on Wednesdays by 3:30 p.m. That was not the case this Wednesday.

School officials told the mother her son, who has a learning disability, was put on the wrong bus.

As around 5:15, however, Miami-Dade Schools Police confirmed the boy was found at the school, at the YMCA program his mother signed him up for.

7News cameras captured the mother sitting on the sidewalk while surrounded by police officers, clearly relieved her son has been found.