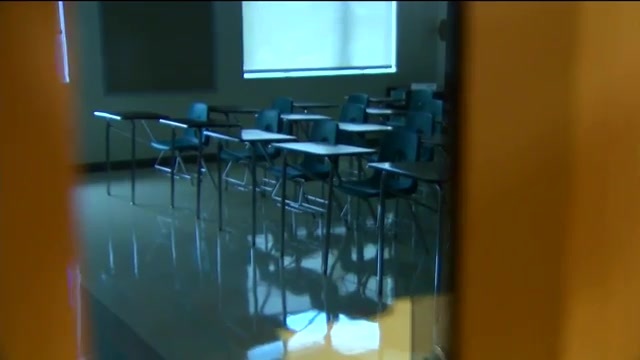 MELBOURNE, Fla. (AP) — A Florida teacher has been fired for using medical marijuana.

Medical marijuana is legal in Florida, but federal regulations continue to categorize cannabis as a Schedule I Controlled Substance, like heroin, LSD and ecstasy.

The school district must be a drug-free workplace to receive certain federal grants, and that means the district can’t allow teachers to use marijuana, School Board General Counsel Paul Gibbs said.

The school district adopted a policy in 2019 allowing students to use medical marijuana, but the policy didn’t address teachers. Enright disclosed her medical marijuana use when she took a drug test after an injury at work. She said she didn’t realize that her medication violated the district’s policy, which says teachers can’t use “illegal drugs” without specifically mentioning marijuana prescribed by a doctor.

“I want to make it clear: I don’t do drugs,” Enright said during Tuesday’s meeting. “I don’t smoke pot. I don’t get high.”

Enright said she takes a pill containing THC, the psychoactive compound in marijuana, twice a day. Before taking medical marijuana, she said she took opioids for several health conditions causing pain and weakness.

All board members expressed regret at having to discuss Enright’s termination, but the majority ultimately upheld the school district’s recommendation to fire her.

Board Chair Misty Belford, who voted in favor of termination, said she would like to see the policy updated to prevent a similar situation from happening again.