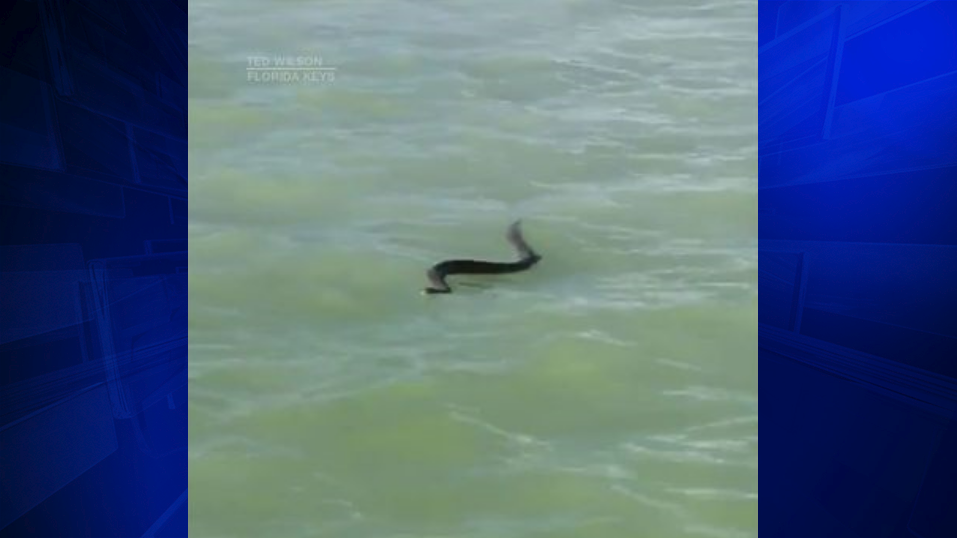 ISLAMORADA, Fla. (WSVN) — A charter boat in the Keys went out in search of fish. Instead, they found a decidedly different species: they spotted a rattlesnake in the water.

Ted Wilson, a captain with Islamorada Fishing Guide, shared a video of the five-foot Eastern diamondback rattlesnake as it swam in the water just offshore last month.

The Eastern diamondback is the largest venomous snake in North America, according to National Geographic.

Wilson said the reptile appeared to be island-hopping in the middle of Florida Bay, which is between the southern tip of the mainland and the Keys.

As the video shows the snake slithering along the surface of the water, one person on board the boat can be heard saying, “I’ve never seen a rattlesnake in the Keys, much less a five-footer swimming in the middle of open water.”

However, according to the University of Florida, Eastern diamondbacks can be found throughout the state, including in the Florida Keys.

Wilson said the snake swam toward the boat, looking like it wanted to “hitch a ride.” That’s when the group decided to put some more distance between themselves and the rattlesnake.

“Bye bye, snake,” one boater could be heard as they maneuvered away.