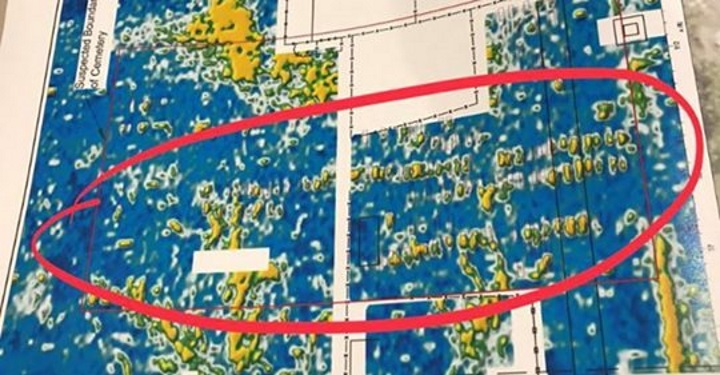 The Tampa Bay Times reports school district officials learned in October that the mid-20th century Ridgewood Cemetery for the indigent and unknown was located on property later used to build the school.

Radar has been used to search for some of the 250 people — mostly African Americans — buried in Ridgewood. The newspaper says records show part of the cemetery was on land now occupied by the school’s gym and the main parking area.

According to Fox 13, officials said because many of the people buried at the cemetery were infants or small children, their smaller coffins would be hard to locate by scanning. Decades of decay could also mean some of the burials would no longer be detectable.

The area will be turned over to the county medical examiner and state archaeologist, who may keep possession of the land or turn it back over to the school district.

“If the land is turned back over to Hillsborough County Public Schools, our leaders will work with members of the Historical Response Committee to discuss proper ways to memorialize the individuals, how to best care for the space and learning opportunities for students at King High School and other schools,” the district said in a news release obtained by Fox 13.

It’s the second lost cemetery discovered this year in the Tampa area.