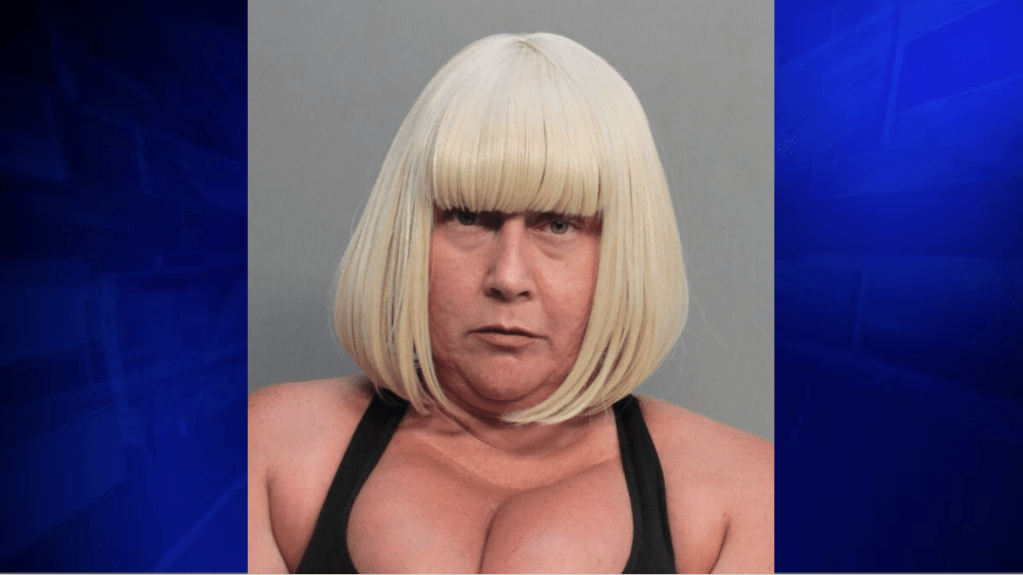 SOUTHWEST MIAMI-DADE, FLA. (WSVN) - A woman has been arrested after she was accused of attacking the manager of a Southwest Miami-Dade Burger King when her request for free French fries was denied.

According to an arrest report, 42-year-old Natasha Ethel Bagley and 27-year-old Genesis Peguero went through the drive-thru of a Burger King, located at 18240 South Dixie Highway on April 2.

Police said while in the drive-thru, the pair asked for free fries, but the employee denied their request.

Detectives said minutes later, Bagley and Peguero went inside and caused a commotion, and Peguero jumped over the counter into the employee-only area.

The store manager heard the ruckus and stepped out of her office, where she was confronted by Peguero. The manager said Peguero demanded she open the register and give her all the money inside, and she threatened to hit her over the face with a gun.

Investigators said the manager went to call police, but Peguero pulled the phone out of her hand and punched her in the face.

Police said Bagley then attacked the manager with Peguero. The two then jumped back over the counter to leave, and Peguero pulled apart the computer and register, causing it to break.

Police said Peguero then jumped back over the counter and began to hit the manager again.

Both women then fled the scene in a black SUV.

Police were able to run a check on the SUV’s license plate and found that it was registered to Bagley.

Bagley was later tracked down and arrested and charged with battery, robbery and criminal mischief.

According to the police report, Peguero remains at large.

If you have any information on her whereabouts, call Miami-Dade Crime Stoppers at 305-471-TIPS. Remember, you can always remain anonymous, and you may be eligible for a $1,000 reward.