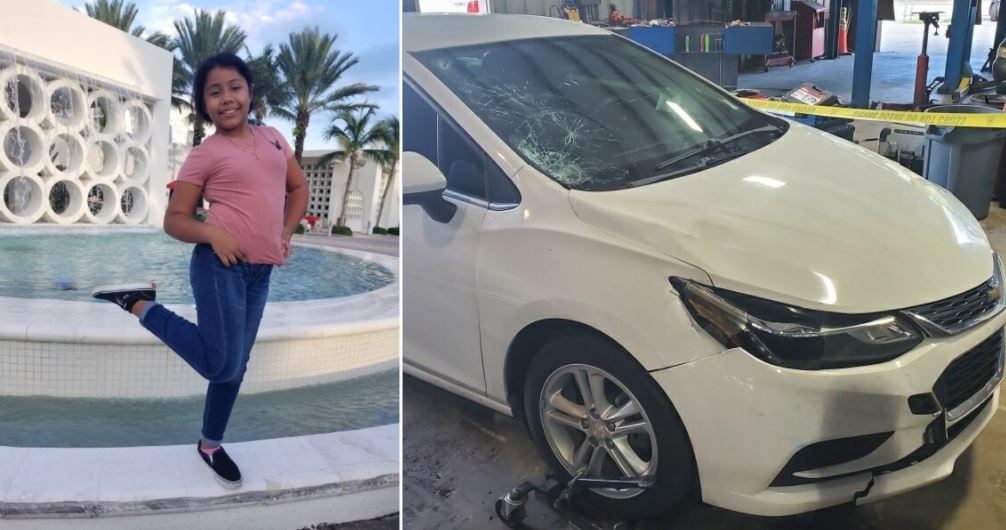 FORT PIERCE, Fla. (WSVN) — Police said they have located the car and have identified a person of interest involved in a hit-and-run that left a young girl dead.

Police said, Friday, that they located the white Chevrolet involved in a crash that killed 10-year-old Yaceny Rodriguez-Gonzalez.

Police said Yaceny was crossing the street to get on a school bus Thursday morning when she was struck by a white vehicle that didn’t stop. She later died at the hospital.

Fort Pierce Police said the vehicle has since been located and has been towed and secured for further investigation. Photos of the car show damage on the front right side and a cracked windshield.

Officers said the investigation also revealed a person of interest in the case. Detectives said they are now working with the Nineteenth Judicial Circuit State Attorney’s Office.

Anyone with information on the crash is asked to call Treasure Coast Crime Stoppers at 1-800-273-8477 or Fort Pierce Police Traffic Homicide Investigator Shane Stokes at 772-302-4764 or him at sstokes@fortpiercepolicedepartment.org.