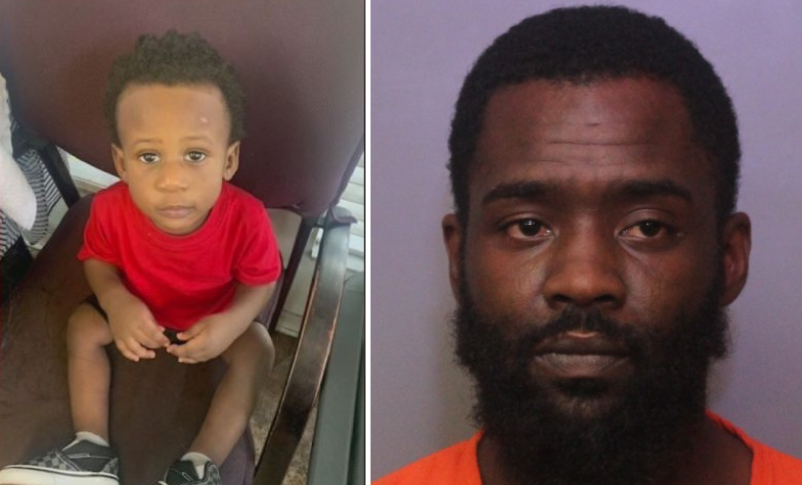 LAKELAND, Fla. (AP/WSVN) — A Florida man is facing charges that he killed his girlfriend’s 2-year-old son, telling detectives he struck the child for urinating on the couch, officials said Saturday.

Lakeland Police charged Alegray Jones, 30, with aggravated manslaughter of a child for the boy’s death.

According to a police press release, the boy’s mother had left him with Jones as she went to work. Early Friday, Jones texted the woman, telling her the boy was not responding to his attempts to wake him. The woman rushed home and 911 was contacted. The boy was taken to the hospital and pronounced dead.

Detectives said the boy had numerous visible injuries and an autopsy showed he died of blunt force injuries. They said that when they confronted Jones, he told them he had become aggravated with the boy for urinating on the couch and struck him numerous times, knocking him out. Jones was arrested.

According to Fox 13, the victim was identified as 2-year-old Jayden Hines.

“My son was tortured — tortured and murdered — and aggravated manslaughter is not enough; I will not settle for that,” he said. “It explains in the autopsy that my son suffered a laceration to the liver, brain bleeding, and bruises all over his body. It seems to me that was a bit more premeditated.”

Hines also said he wants his son’s mother to be held accountable too.