Police Chief: Tampa officer killed in wrong-way crash may have sacrificed himself to save others 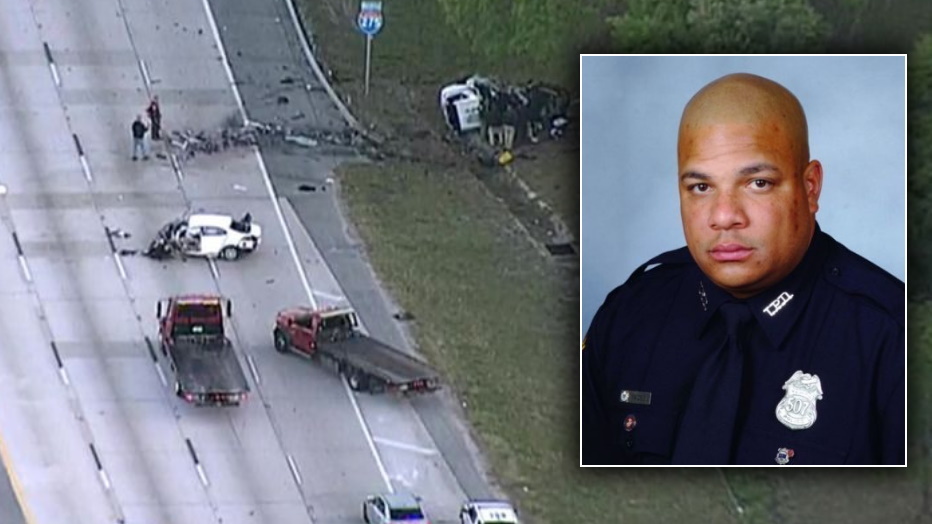 TAMPA, Fla. (AP) — A 45-year-old police officer was killed in a collision with a wrong-way driver early Tuesday morning on Interstate 275 in Tampa, police said.

Dugan said police began getting calls just before 1 a.m. Tuesday about a speeding white sedan that was swerving and heading south in the northbound lanes of I-275 in Tampa. About a minute later, a caller said the car had collided with a marked patrol vehicle.

Jesse Madsen was a former U.S. Marine who had worked for the Tampa Police Department for 16 years, Dugan said. Madsen had received seven life-saving awards. The chief called Madsen a “dedicated husband” and the father of three.

According to Fox 13, Dugan said the department believes Madsen may have sacrificed himself to stop the wrong-way driver.

“We have reason to believe that he veered into this oncoming car to protect others,” he said. “When you look at someone who has seven Life-Saving Awards, it’s no surprise.”

Dugan said Madsen is the 32nd Tampa officer to be killed in the line of duty.

The police chief said Montague was using a rental vehicle at the time.

“This is a tragedy,” Dugan said. “Our community has been rocked by these wrong-way drivers.”