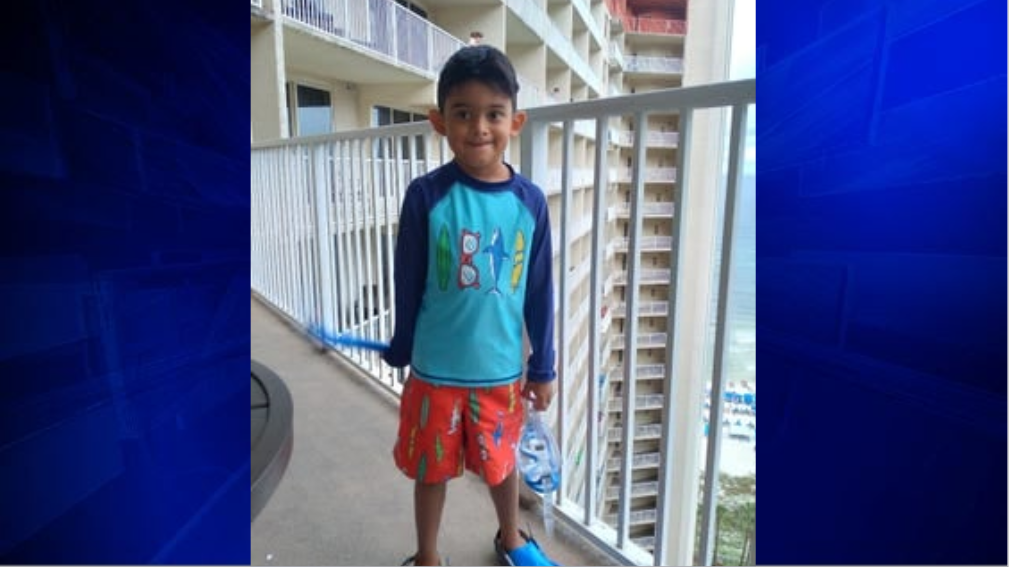 The body of Enrique Cortez-Dubon was found Tuesday afternoon in the sand on Surf Drive, city spokeswoman Debbie Ingram Ward said. Police did not immediately release a cause of death but previously said the evidence suggested the child went into the water.

Cortez-Dubon had been last seen late Monday morning on the beach behind the Shores of Panama Resort, where his family was staying for a beach vacation. The family is from Atlanta.

Before the body was found, police said they were investigating both the possibility that the child may have drowned or was abducted, although “the evidence leads us to believe he went missing in the water.” He was last seen in knee-high water and the family said he did not swim well.

Police searched for the child for two days, using helicopters and drones to search the island and sending divers into the water.

Christina Majors of Tennessee told the Panama City News Herald that she saw Enrique playing in the sand with his family Monday morning behind Pineapple Willy’s restaurant.

“When we saw his picture, we knew exactly who it was,” she said. “I know we personally don’t know them, but it just breaks my heart. That’s every parent’s worst fear. I couldn’t imagine having to live that through.”