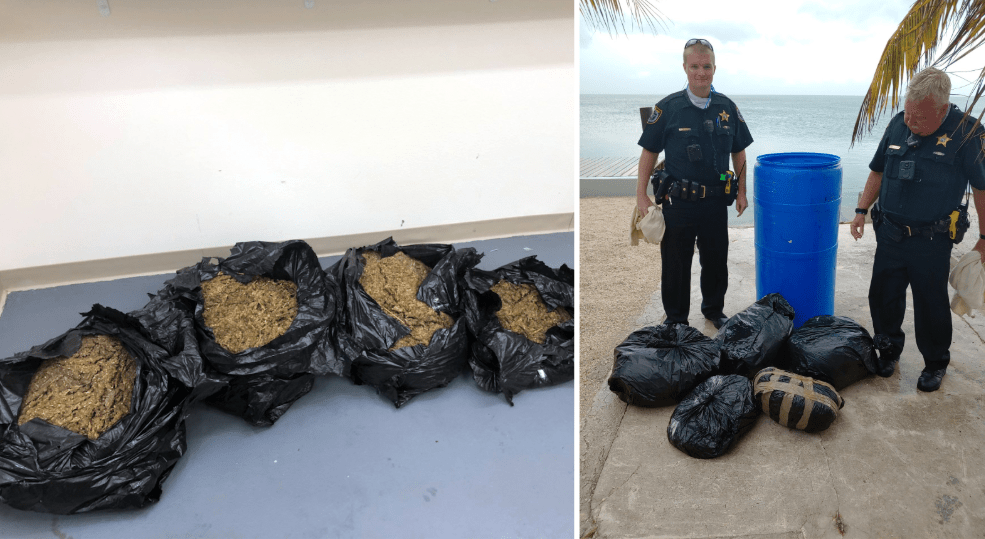 MARATHON, FLA. (WSVN) - A large plastic barrel with a bunch of marijuana inside washed ashore in the Florida Keys.

According to the Monroe County Sheriff’s Office, the blue barrel washed ashore near 109th Street Oceanside in Marathon, Thursday afternoon.

Deputies said inside the barrel was about 90 pounds of marijuana split up into five plastic bags.

U.S. Border Patrol agents were called to the scene and have since taken possession of the marijuana.