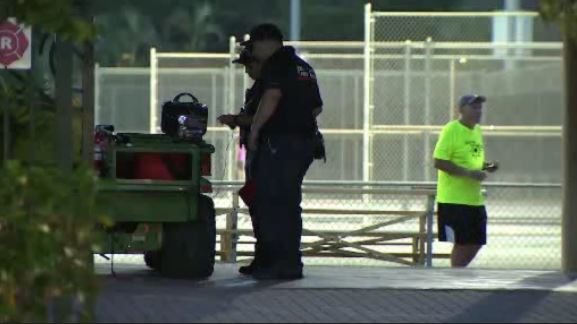 PLANTATION, FLA. (WSVN) - A fire broke out at a tennis center in Plantation, Tuesday night.

Crews responded to the scene of the blaze at the Frank Veltri Tennis Center in the area of Northwest 91st Avenue and Second Street, just before 8 p.m.

A witness captured the fire on cellphone video as black smoke poured out of the facility.

A witness told 7News the fire interrupted a tennis tournament. “We were just in the middle of a point and a guy ran off the porch, yells get out and move back,'” said Yeshna Yellayi, “and we were all kind of confused and scared, and I heard someone yell ‘fire,’ and we all just stopped playing and ran off court.”

The cause of the fire remains under investigation.