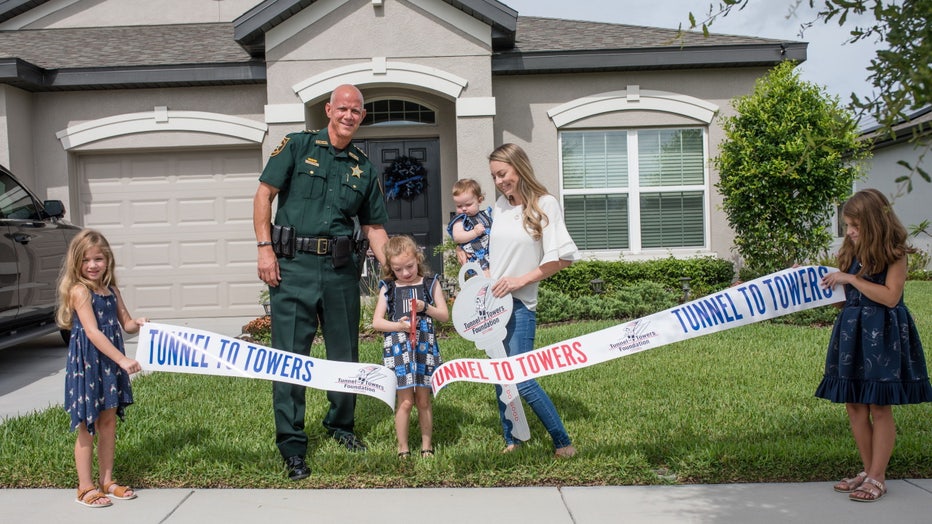 TAMPA, FLA. (WSVN) - A nonprofit organization has paid off the homes for the families of two Florida law enforcement officers who were killed in the line of duty.

Magli was killed on Feb. 17 when he was struck and pinned under a car while trying to use stop sticks to stop a suspect leading authorities on a high-speed chase.

Magli is survived by his wife Stephanie and their two daughters.

“Knowing my home is paid off is such a huge weight off my shoulders. To know that our two young children will always have a roof over their heads and they can grow up in this home like we always dreamed leaves me speechless,” Stephanie Magli said in a statement released to Fox 13. “I cannot be more thankful or honored that Tunnel to Towers provided our family, my children with the ability to stay in the home that Michael and I created together.”

Madsen was killed on March 9 when, police said, he intentionally drove into the path of a wrong-way driver to save others on the road.

Madsen is survived by his wife, Danyelle Madsen, who is also a police officer, and his three children.

“After hearing the news about my husband everything was upside down and surreal. In the days that followed one of my worries was having to move from the house that our family made our home,” Danyelle Madsen said in a statement provided by the nonprofit. “How do I return to my job as a police officer to pay a mortgage with my kids begging me not to return for fear of losing another parent?”

“The Foundation restored a huge part of my sense of security, and I can never thank you enough,” she went on to say.

“We cannot replace the loss of a husband and father, but we can make sure these families can stay in the place they called home,” said Tunnel to Towers Chairman and CEO Frank Siller.