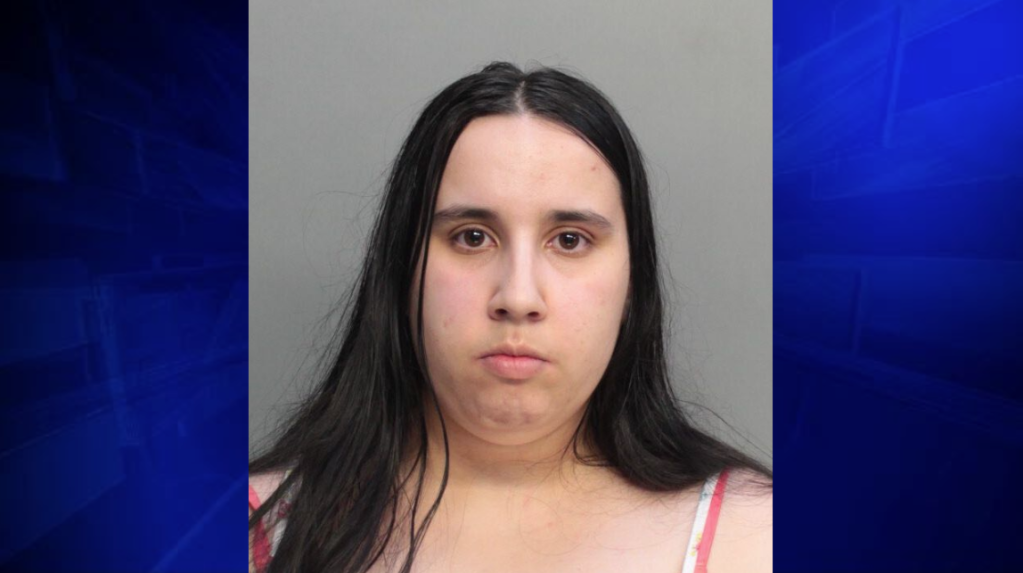 OPA-LOCKA, FLA. (WSVN) - An Opa-locka woman has been arrested on child abuse charges after she was allegedly caught on camera shaking and strangling her infant son.

According to an arrest report, the paternal grandmother of Hernandez’s son called police to report that her 4-month-old grandchild was being abused by Hernandez.

The grandmother told police she received a call from her son, who is in basic training, saying that his child was being abused, and he sent her videos of the alleged acts.

The grandmother went to check on the child’s welfare and called police.

The grandmother then showed detectives the videos, which detectives said showed the infant being spanked on the bed with such force that the bed began shaking and the child’s head bounced up and down.

Police said another video showed Hernandez shaking the bed while the infant lied down, causing the child to cry and scream.

Another video showed the baby sleeping with a cord wrapped around his neck while Hernandez pulled on it.

Hernandez was arrested and has been charged with child abuse and battery.

The child has temporarily been placed in the grandmother’s care.