Officials looking into explosion at Turkey Point that hurt 1 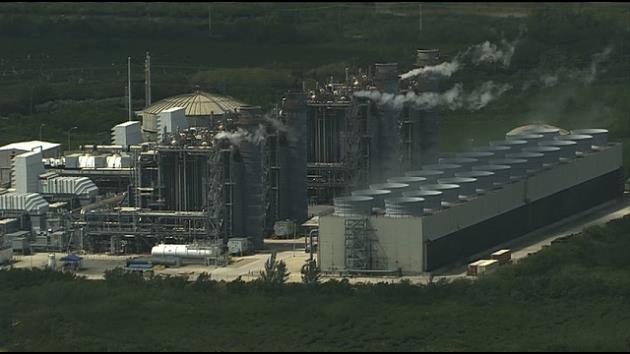 HOMESTEAD, FLA. (WSVN) - Officials from the Nuclear Regulatory Commission are at Turkey Point Nuclear Plant looking into what triggered a small explosion that hurt a worker at the plant.

The NRC released a statement Wednesday annoucing the inspection after an alert was issued following the “arc flash” explosion on March 18 at the plant, which damaged a fire door. A plant worker was hurt in the explosion and treated at a local hospital.

The statement noted that all other safety systems functioned as necessary.

“There was no threat to local residents or the environment, and the alert, the second-lowest NRC emergency declaration, was terminated later that same day,” noted the statement.

That damaged fire door, however, could have left other safety systems vulnerable had a fire ignited, noted the NRC.

“This was an event that could have had serious safety consequences and we need to know more about what happened and why,” said NRC Region II Administrator Cathy Haney. “We felt a special inspection was warranted to gather more information and also determine if there are generic issues that may apply to other plants.”

The inspection team will work on developing a detailed timeline of the event and review the plant’s response and emergency preparedness.

The on-site inspection is expected to take several days.

The NRC will issue a report documenting the results within 45 days.