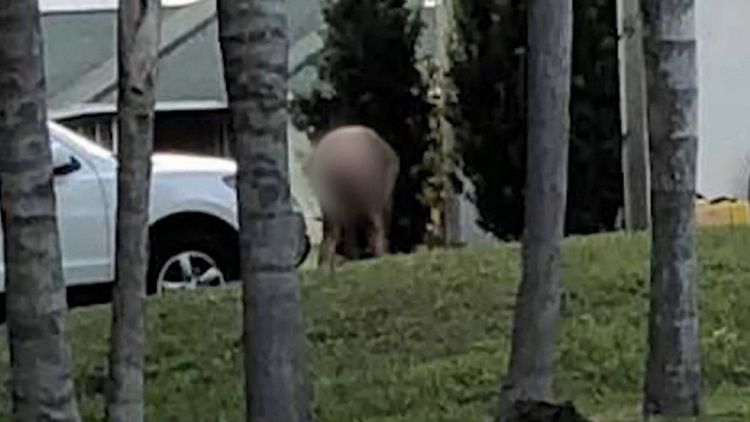 STUART, Fla. (WSVN) — Residents in one Florida neighborhood say they’ve got an eyesore next door: their neighbor does his yardwork and walks around his property in the buff.

“I came out Sunday night to put the trash out, and I look over and he is bent over, winding up his hose, and I’m like that is my view of the neighborhood,” says neighborhood resident Melissa Ny.

The man’s neighbors have called the Martin County Sheriff’s Office several times, but deputies say as long as he isn’t touching himself inappropriately, there’s nothing they can do because he’s on his own property.

“Have some respect for the neighborhood kids,” said Charlie Estes, another neighbor. “Kids catch the bus here. It’s wrong.”

Estes says he’s seen both the man and his wife speaking to deputies while naked.

“The sheriff’s department told me to turn my head,” he said.

But when a reporter asked to interview the naked neighbor, the man declined, saying he wasn’t interested in speaking because he and his family are “private people.”

“If they are private, why are [their] privates on display?” Ny says. “That is not private at all, that is very public.”