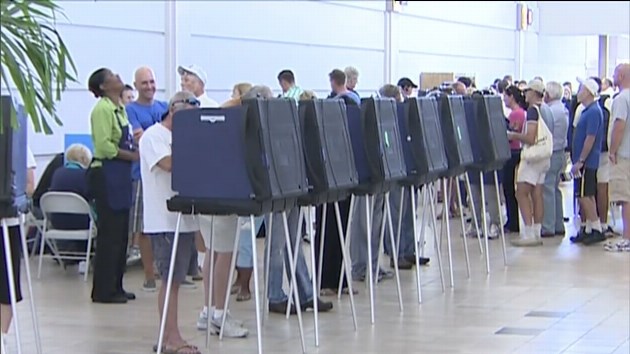 New numbers released Tuesday by the state Division of Elections show nearly 300,000 voters went to early voting sites on the first day it was offered in 50 counties. Another 1.3 million voters sent in their ballots by mail.

Florida is a battleground state and the start of early voting has prompted Republican Donald Trump and Democrat Hillary Clinton to sweep through the state.

Trump is holding rallies Tuesday in Sanford and Tallahassee, while Clinton is scheduled to hold a rally in Coconut Creek.

Nearly 251,000 voters with no party affiliation have voted.