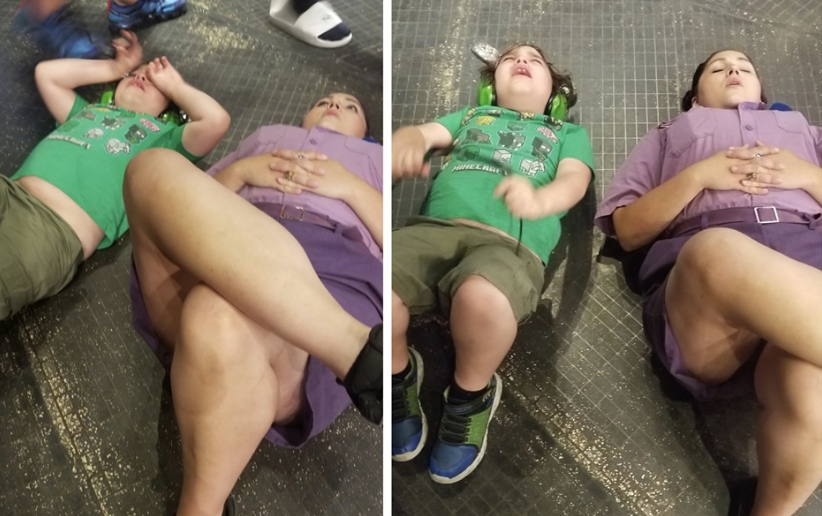 ORLANDO, FLA. (WSVN) - A woman’s Facebook post showing her gratitude for the actions of a Universal Orlando employee has gone viral.

Lenore Koppelman took to Facebook to voice her thanks to employees at Universal Orlando after her autistic son Ralph had a breakdown.

Koppelman said Ralph had been excited to go on the Spider-Man ride in Islands of Adventure and that he had been waiting patiently all day.

However, right as they were about to get on the ride, the attraction malfunctioned.

“When it was almost our turn to board, and he could see the end in sight, the vehicles right in front of us, we got the news that the ride had broken down,” Koppelman said. “Everyone was very nicely asked to exit, and Ralph, understandably, lost it.”

However, in the midst of his meltdown, Koppelman said an employee named Jen rushed over and helped calm Ralph.

“She rested next to him while he cried his heart out, and she helped him breathe again,” she said. “She spoke to him so calmly, and while he screamed and sobbed, she gently kept encouraging him to let it all out.”

Koppelman said Jen explained that it was OK to be upset, and after Ralph calmed down, she even said he could have something from the gift shop.

“I asked her how she knew how to do that, and she told me that everyone at Universal Studios gets special training when it comes to people who are awesomely autistic as well as other special needs,” Koppelman said.

Koppelman went on to thank Jen in her post, along with other employees who helped create a welcoming environment for her family.

She also said that while Ralph didn’t get the chance to ride Spider-Man, she and her husband are planning to save up and return to visit the park again and go to the Spider-Man ride first.