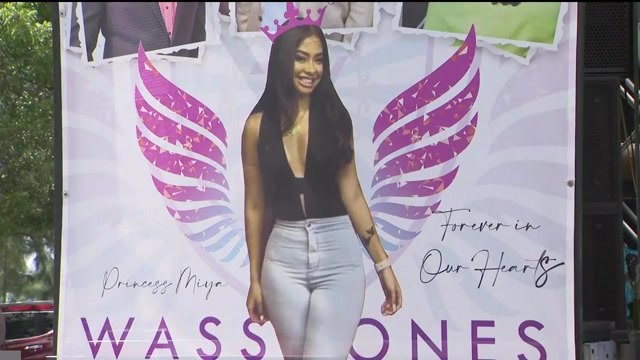 TALLAHASSEE, FLA. (WSVN) - Florida lawmakers have introduced a new bill in honor of 19-year-old Miya Marcano who was killed at her apartment complex in Orlando earlier this year.

If passed, the bill, titled “Miya’s Law” would require landlords to conduct background checks for all apartment employees.

The bill was introduced by state Rep. Robin Bartleman from Weston. A Senate version of the bill has also been introduced by State Sen. Linda Stewart.

The background check conducted must include a national screening of criminal history records and sexual predator and sexual offender registries.

The screening would search for criminal offenses involving violence or a disregard for the safety of others, and it would allow landlords to disqualify individuals with criminal records from employment.

Marcano was found dead weeks after she was reported missing by her family. She is suspected to have been killed by 27-year-old Armando Caballero, who worked at the apartment complex where Marcano lived and also worked.

Caballero was the only person of interest in the case, and he was found dead from a suicide days after Marcano was reported missing.

Investigators said Caballero used a master key to enter Marcano’s apartment. Detectives said Caballero had shown a romantic interest in Marcano before, but she repeatedly turned him down.

“This horrible tragedy helped shed light on gaping security holes that exist, and we must ensure the safety of all Floridians in multi-family rentals,” Bartleman said in a statement. “Everyone has the right to expect safety in their own home. “

“Miya’s death is an awful tragedy – one that has put a spotlight on problems with apartment safety and security,” said Sen. Stewart. “We’ve heard too many horror stories of some landlords disregarding the security of their tenants by issuing master keys to maintenance workers without running any background checks. Everyone deserves to feel safe in their homes, and we are hopeful that ‘Miya’s Law’ will help make that a reality.”

Marcano’s family has filed a lawsuit against the management company that managed Miya’s apartment complex.