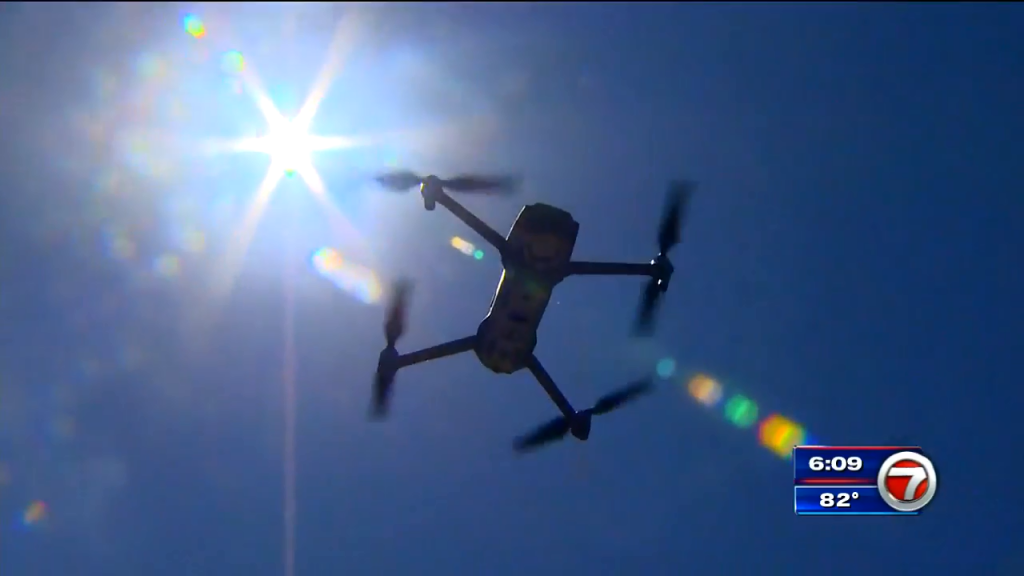 MIAMI BEACH (AP/WSVN) — A Weston man is facing federal charges after the FBI says he flew a drone in an area off-limits because of nearby Super Bowl-related events.

An FBI affidavit filed Friday says that 46-year-old Yorgan Arnaldo Ramos Teran flew the drone Wednesday night in an area of Miami Beach restricted for such flights by the Federal Aviation Administration. He faces up to a year in prison if convicted.

The feds are not messing around with drones near the Super Bowl. Just learned a Weston man was arrested for illegally flying a drone at the Super Bowl compound along Ocean Drive in Miami Beach on Wednesday night. 46-year-old Ramos Teran will be in Federal court later today.

The FAA established temporary flight restrictions (TFRs) on drone and other aircraft flights around Fox’s compound and convention center in Miami Beach and Bayfront Park in downtown Miami, and around the Hard Rock Stadium in advance of Sunday’s Super Bowl.

According to the FBI, Teran has a certificate to fly the drone but told agents he had to alter it to allow a flight in the FAA’s restricted area. He apparently used the drone to take video of Super Bowl events in Miami Beach.

No attorney was listed for Teran in court documents. He is scheduled for an initial court appearance later Friday.

The FAA spent the weeks leading up to the big game informing the public on the restrictions, emphasizing the prison time and fine of up to $30,000 that violators could face.

For more information on the flight restrictions, click here.