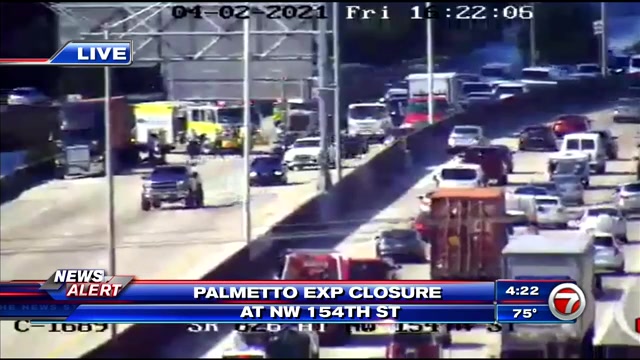 NORTHWEST MIAMI-DADE, FLA. (WSVN) - Authorities have reopened all southbound lanes of the Palmetto Expressway in Miami Lakes following a crash involving a tractor-trailer and two other vehicles.

Florida Highway Patrol and Miami-Dade Fire Rescue units responded to the scene of the crash near the Northwest 154th Street exit, Friday afternoon.

Investigators said the truck lost its load as a result of the crash, and one of the vehicles involved was rendered disabled.

Officials said there are no significant injuries.

Troopers initially shut down all southbound lanes, then reopened two lanes. All lanes were back open by 6:30 p.m.