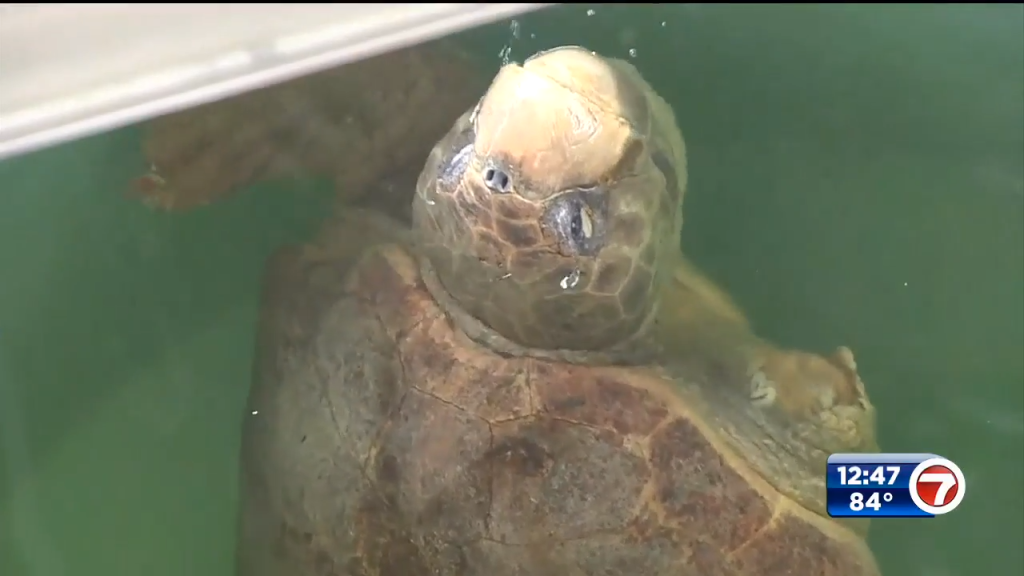 MIAMI (WSVN) - Four years of careful planning have led up to the opening of a new sea turtle hospital at a South Florida zoo.

With help from Miami-Dade County and The Florida Fish and Wildlife Conservation Commission, the new hospital at Zoo Miami officially opened, Wednesday.

“It is so important, as was said, that we’re not just about sharing animals with the public but also about conservation,” said Miami-Dade Mayor Daniella Levine Cava.

The new addition to Zoo Miami is only the second sea turtle hospital in all of Miami-Dade County and will give these fascinating creatures a better chance at survival.

“This facility will hopefully help us get these species back to their once glorious populations as well as making sure that our future generations are able to see these glorious species,” said Rosemary Lucas, manager at Zoo Miami Hospital.

Five salt water enclosures will serve as recovery beds for up to 16 turtles at a time that are brought to the facility for treatment.

A turtle named Baymax, who was rescued in Port Saint Lucie several weeks ago after being bitten by a shark, was taken to the new hospital.

“She had previously also been hit by a boat and had another shark bite that had all healed,” said Lucas.

After Baymax received surgery to amputate her front flipper, the team is now hopeful that the Loggerhead will be able to be released back into the ocean in the next few weeks.

That is the goal for all these animals.

The zoo released one of their turtles at the hospital back into the wild, Wednesday afternoon.