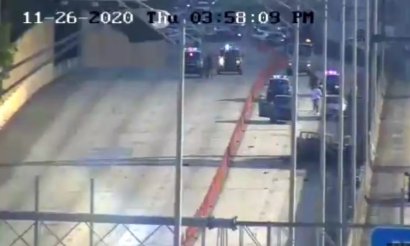 NORTHWEST MIAMI-DADE, FLA. (WSVN) - A motorcyclist was killed after a fiery multi-vehicle crash on Interstate 95 in Northwest Miami-Dade, which led troopers to shut down all northbound lanes just before Northwest 119th Street for hours.

Florida Highway Patrol and Miami-Dade Fire Rescue units responded to the scene along I-95 Express North, Thursday, just after 2:45 p.m.

Investigators said a Yamaha motorcycle was traveling north in the express lanes when it collided into a Lexus sedan, a Mazda SUV and a Chevy pickup truck.

Officials said the force of the impact caused the motorcyclist to be ejected. The man was pronounced dead at the scene.

The crash caused the Chevy to catch fire. All occupants were able to exit the truck before it became fully engulfed.

Authorities said all of the drivers and passengers in the other vehicles suffered minor injuries.

The highway reopened for traffic just before 6:30 p.m.