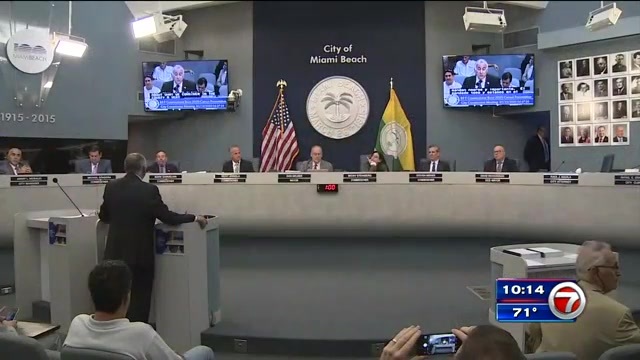 Commissioners are planning ahead to make sure spring break 2020 looks different from 2019.

Planning for how to handle thousands of revelers coming from more than 600 colleges during March dominated the agenda on Wednesday.

“We’re starting the spring break plan, which once again is going to prove to be a challenge,” said Miami Beach Police Chief Rick Clements.

Police said they will be taking the usual all-hands-on-deck approach, with help from other agencies like Miami-Dade Public Schools Police, as well as modified parking and traffic flow.

An entertainment promotion team proposed a large secured space on the sand for concerts, all-day and evening events, that would cost the city $1.5 million.

Commissioners were not entirely sold.

Last year, a significant number of fights and violent disturbances in the entertainment district, on and around places like Ocean Drive and elsewhere, were recorded and posted on social media almost daily, causing a public embarrassment.

Wednesday’s spring break talk comes days after the fatal police-involved shooting of a man who, investigators said, stabbed an officer.

The incident sent people fleeing in terror, and it happened in a spot expected to be packed with spring breakers and police officers trying to control the crowds.

As a separate agenda item, the city moved forward with the idea of putting an off-duty police officer in every Ocean Drive bar past midnight. Commissioners will take up the matter again in February, and that’s when it could become a law.