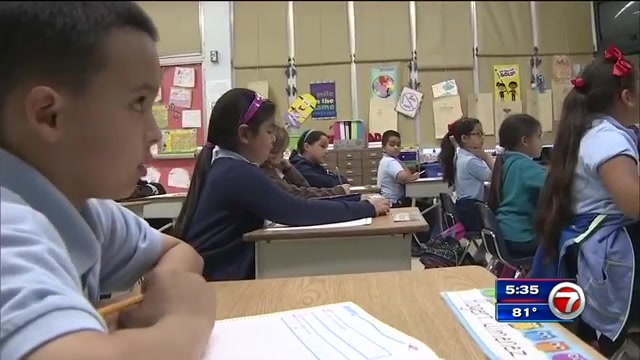 (WSVN) - Miami-Dade County Public Schools’ fourth graders are apparently the best in the nation in math and reading, according to a report by the National Assessment of Educational Progress.

“Miami-Dade County Public Schools’ students continue to surpass the nation and other Florida districts on this all-important assessment,” he said. “Miami-Dade’s performance validates the ongoing efforts of our students, teachers, academic leaders, and School Board and demonstrates that there is a formula for success in this District that has been working for the last decade.”

NAEP is considered the gold standard when comparing the district’s performance to other districts across the country.

Fourth graders aren’t the only ones that did exceptionally well.

The press release stated the district’s eighth graders ranked second in reading and sixth in math on the 2019 assessment, up from fifth and 10th respectively in 2017.