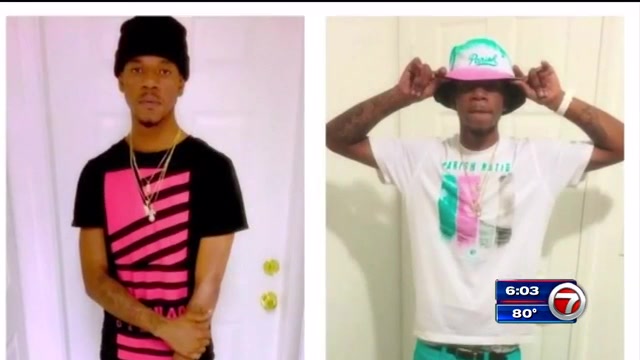 NORTHWEST MIAMI-DADE, FLA. (WSVN) - A South Florida man is fighting for his life at the hospital after, his family said, he was struck by a car as he rode home in a scooter.

The family of 30-year-old Michael White said he was seriously hurt in what they described as a violent crash, Thursday afternoon.

“My brother’s head was split wide open, and right now, my mom is devastated,” she said.

Perry said her brother was on a scooter when he was struck near the intersection of Northwest 22nd Avenue and Opa-Locka Boulevard, just after 2:30 p.m.

While the victim’s family was under the impression the driver took off, police on Friday confirmed the motorist remained at the scene.

Surveillance video from a nearby business shows fire rescue vehicles rushing to the scene of the crash.

“He’s not responding, and I am four months pregnant, and I can’t even hold my breath right now to speak for what happened to my brother,” said Perry. “Right now, I just pray he comes from up there.”

The owner of A.T.T. Auto Center said he was outside doing work when he heard the impact.

“Unfortunately, when we looked over, it was a motorcycle on the floor,” he said. “In this corner, we’ve been here five years, and we’ve seen maybe 50, 60 accidents in the five years we’ve been here. It’s like every week there’s an impact.”

Perry said her brother is listed in critical condition, and she is clinging to her faith and hoping for a miracle.

“I pray, ‘Get better,’ and I wouldn’t wish this on my worst enemy,” she said as she broke down in tears.

It remains unclear what charges the driver of the car involved in the crash may be facing.