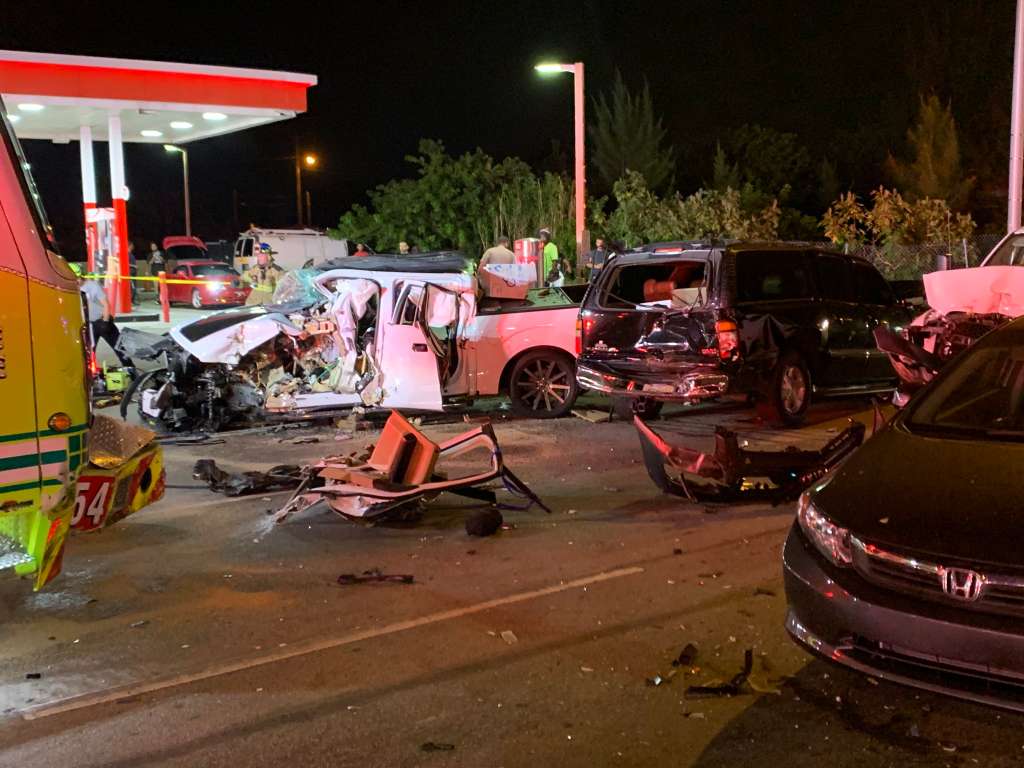 OPA-LOCKA, FLA. (WSVN) - Rescue crews have taken six people to the hospital after, police said, they were involved in a chain-reaction crash that started when a Miami-Dade Fire Rescue truck and a car collided.

Opa-Locka Police and MDFR units responded to the scene of the multi-vehicle wreck in the area of Northwest 27th Street and Opa-Locka Boulevard, at around 8:15 p.m., Thursday.

According to investigators, the fire engine involved in the crash was en route to a call when it collided with a civilian vehicle. Seven other vehicles crashed as a result.

OLPD Units are arrival at NW 27th Ave & NW 135th St in reference to a traffic crash with injuries involving a Miami-Dade Fire Rescue Engine and eight other vehicles. All lanes are closed north and south bound on NW 27 Ave. from NW 132 St. to Opa locka Blvd. pic.twitter.com/NGaFuou6BP

Police said two victims were trapped inside their vehicle and had to be extricated.

Paramedics have taken all six victims to area hospitals. Two of them were transported as trauma alerts.

Police have shut down Northwest 27th Avenue in both directions from 132nd to 135th streets. They have also closed the eastbound lanes of 135th Street from Northwest 27th to 30th avenues. They urge drivers to avoid the area and seek alternate routes.