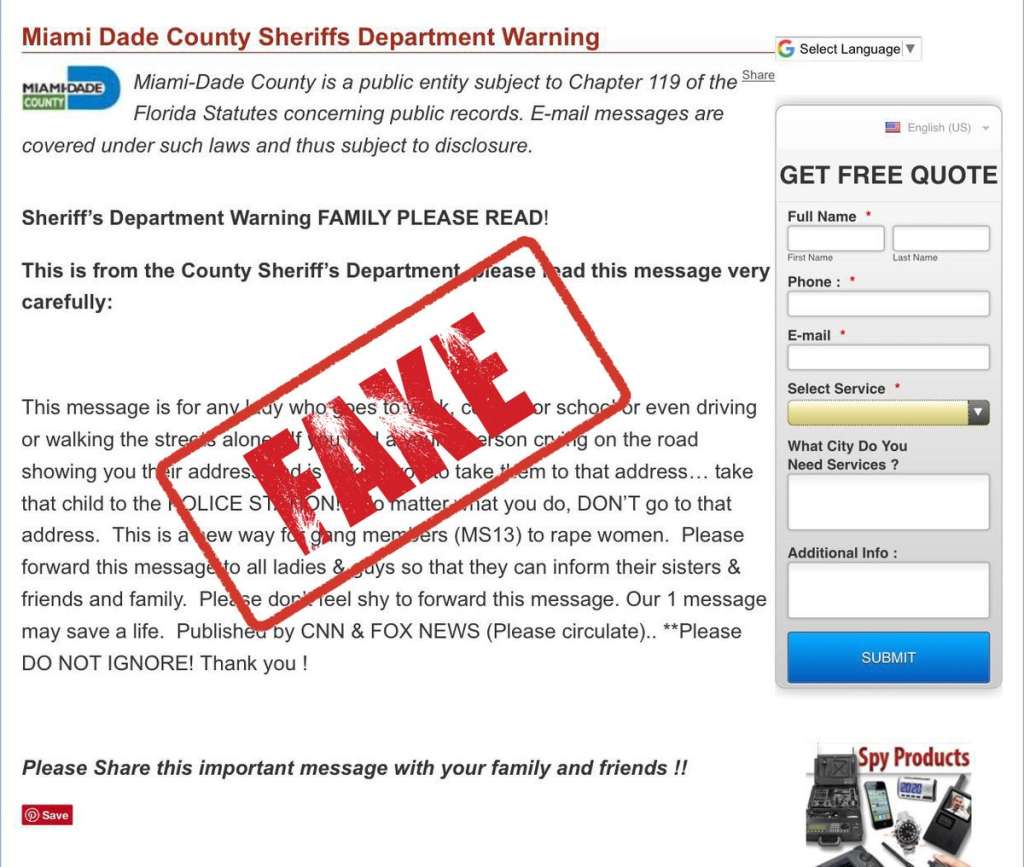 MIAMI (WSVN) - Miami-Dade Police are warning of a fake message making the rounds on social media.

The message warns against an alleged notice that appears to come from the county, telling women to be wary of children wandering the streets by themselves. The message said the children will have a sheet of paper with their address on it, and ask the women to take them to the address. However, the fake posts claims the address is really a location where gang members would rape the women.

Police also said they have no intelligence to support the message’s claims.

#ICYMI #RumorControl – #MDPD has been made aware of the below hoax making the rounds on social media. This is NOT an official communication from MDPD or @MiamiDadeCounty. We have no intelligence that would support its contents. pic.twitter.com/QZCddYGB9N