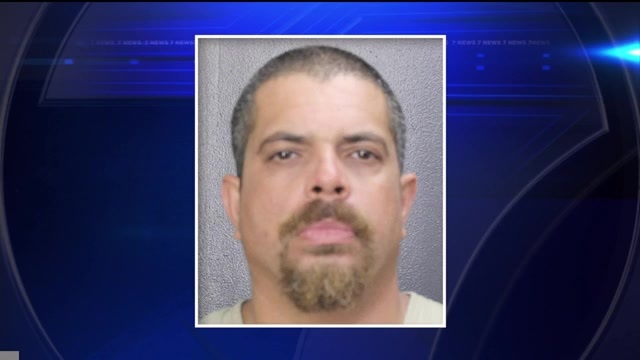 FORT LAUDERDALE, FLA. (WSVN) - A domestic argument led to the arrest of a Miami-Dade Police officer after, investigators said, he shot a gun outside his Sunrise home while inebriated.

Investigators said it all started with an argument the 40-year-old had with his wife.

According to an arrest report, De Jesus Cedre was intoxicated during the argument, as he repeatedly loaded and unloaded multiple firearms.

Eventually, the arrest report states, the officer’s wife felt uncomfortable and decided to leave with their two children. While driving away, she heard one or two gunshots.

Neighbors tell 7News they heard at least five shots. No one was injured.

Police officers on Sunday were spotted speaking to neighbors on the block where De Jesus Cedre’s home is located.

MDPD Director Alfredo Ramirez issued a statement that reads, “I am aware of the arrest of one of my officers by the Sunrise Police Department. The officer was immediately relieved of duty and this matter is currently under investigation. Our police officers are held to higher standards and are held accountable for their actions. Although I am truly disappointed to hear about the arrest, the Miami-Dade Police Department remains committed to our community and to maintaining transparency throughout this process.”

The judge stated his charges in court, “Count one, you are charged with possession of cocaine. Count two is discharging a firearm in public.”

De Jesus Cedre posted his $3,000 bond and bonded out just after 5 p.m. He didn’t answer questions and covered his face as 7News cameras captured him walking out of the Broward County Jail and into an unmarked Miami-Dade Police unit.

Cedre has been relieved of duty and is unable to have possession of any firearm or ammo.