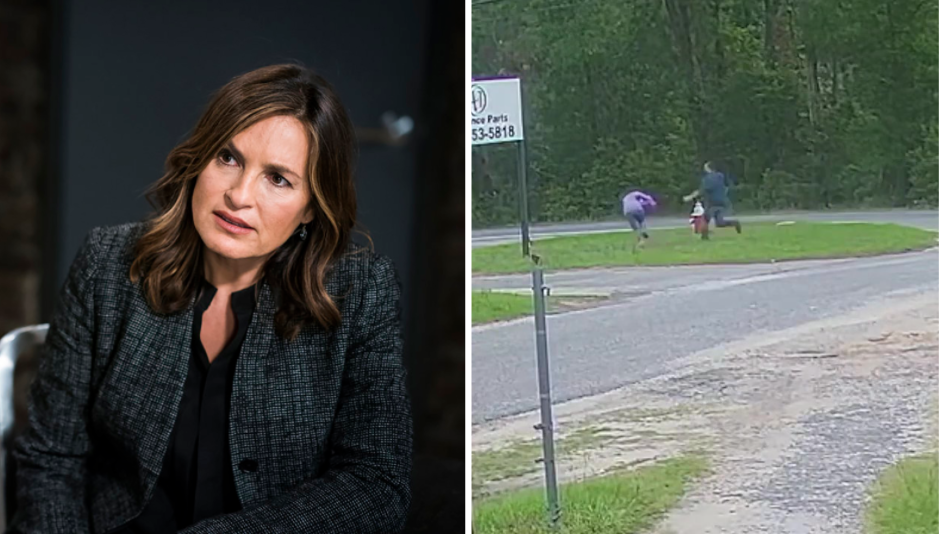 (CNN) — Mariska Hargitay is speaking out about being part of the real-life story of an 11-year-old girl who fought off an alleged kidnapper.

The actress, who has played the role of police investigator Olivia Benson for more than 20 years on the hit police drama “Law & Order: SVU,” posted about the young girl, whose alleged attempted abduction was caught on camera while she waited for her school bus in Pensacola, Florida.

Hargitay reposted an Instagram message from “Today” about their interview with the girl, identified as Alyssa, and her mom.

The star wrote in the caption, “Alyssa, first and most important, I am so relieved and grateful to know that you are safe.”

“And I am so honored to be part of your incredible story,” Hargitay wrote. “You are one BRAVE, Strong and Smart young woman.”

Alyssa told “Today” she had been mixing blue paint with homemade slime at the time and knew from watching Hargitay’s show that she should try to get some of it on her alleged abductor.

“I knew that that might be better evidence if the cops do find him,” the girl said.

Hargitay joked in her caption, “I think the SVU squad might have to add slime to their crimefighting gear!”

“Take good care of yourself and each other. With all my love, your number one fan, Mariska,” she wrote in conclusion.

Authorities arrested Jared Paul Stanga, who was charged with attempted kidnapping of a child under 13, aggravated assault with a weapon and simple battery, according to the Escambia County Sheriff’s Office.