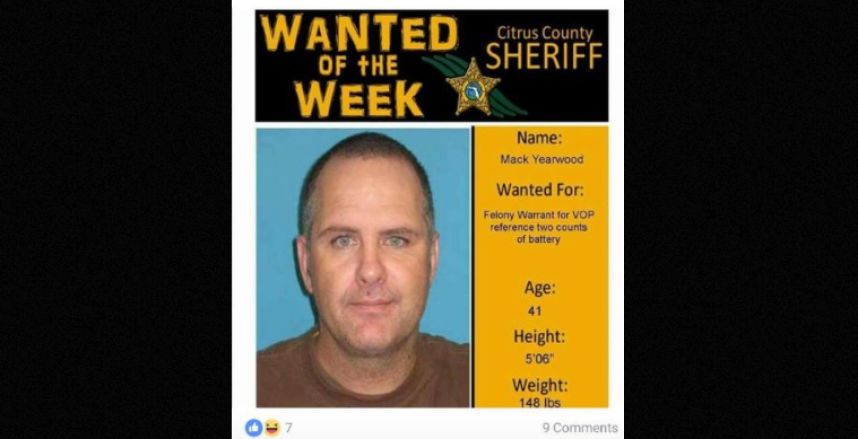 STUART, Fla. (WSVN) — A Florida man set himself up — literally — when he used his wanted poster issued by the Citrus County Sheriff’s Office as his Facebook profile picture.

According to the Palm Beach Post, 42-year-old Mack Yearwood was arrested, Tuesday, after police said he used his “Wanted of the Week” poster from that county as his Facebook profile photo.

One day earlier, Stuart police checked a Facebook page where Yearwood seemed to proudly display his wanted poster for the world to see. Police then used this photo to identify him as a suspect in a reported disturbance inside of a home.

Yearwood was arrested by Stuart police on outstanding warrants from Citrus County, including violating probation on two counts of battery, said police.