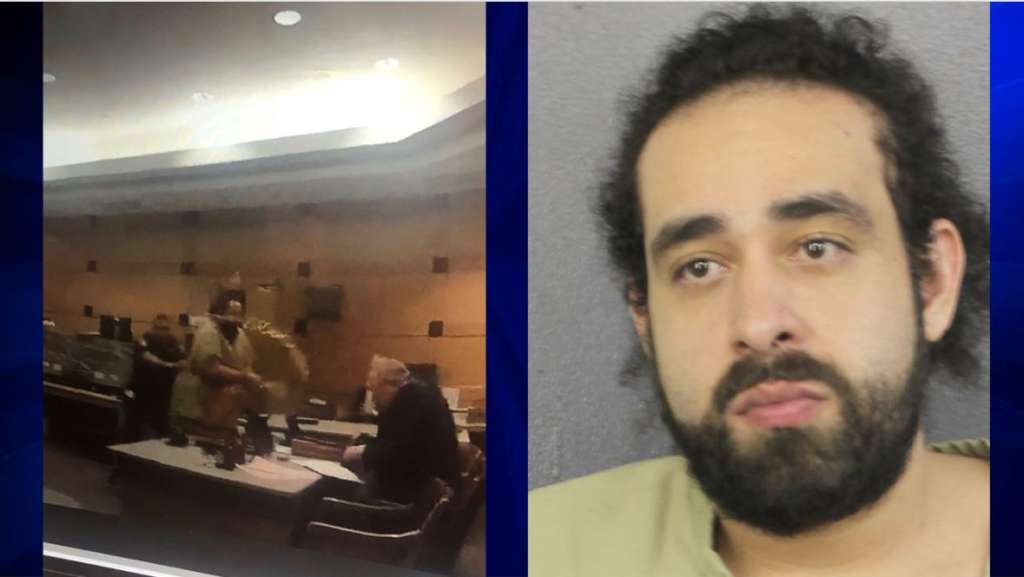 A Broward Sheriff’s arrest report says urine went inside Newman’s mouth and all over his clothing. The report didn’t say what kind of container Narvaez used to store the urine in the courtroom.

The Miami Herald reports Narvaez charged at Newman, flung the urine at him and yelled, “He told me to do it!” He didn’t say who he was referring to.

The sentencing hearing was postponed.