Man rams into patrol car, kills Florida deputy one shift away from retirement 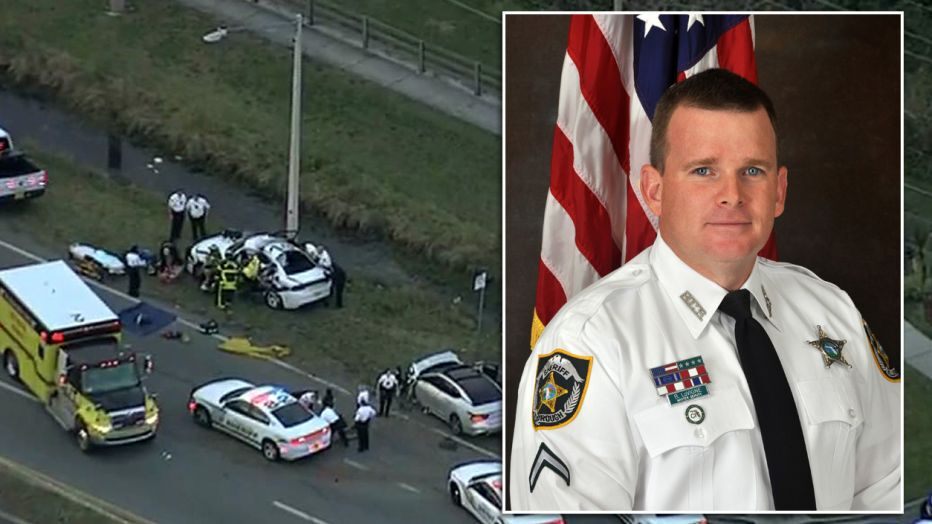 TAMPA, Fla. (AP) — A Florida sheriff’s deputy with one shift left before retirement was intentionally hit and killed by a man fleeing law enforcement, officials said. That man was charged Tuesday with murder and other counts.

Cpl. Brian LaVigne, 54, had spent three decades at the department and was set to work his final day on Tuesday, Hillsborough County Sheriff Chad Chronister said during a Monday night news conference.

Deputies took 28-year-old Travis Zachary Gabriel Garrett into custody on Monday night. He was charged Tuesday with first-degree murder and eight other charges, according to the sheriff’s office.

“He had never hit the brakes,” Chronister said. “There were no skid marks. He was intentionally running that car into the corporal’s car.”

The other charges include DUI manslaughter, vehicular homicide, battery on a law enforcement officer and resisting arrest with violence, the sheriff’s office said.

“This is one of the most difficult times we have faced as a sheriff’s office, losing one of our family members to such a senseless act of violence,” Chronister said in a statement Tuesday. “Our focus remains intent on seeking justice for the murder of Master Corporal LaVigne, and celebrating an individual who devoted his life to public service.”

Earlier Monday afternoon, deputies were called to Garrett’s apartment regarding erratic behavior. Garrett had reportedly thrown furniture and clothing off his balcony at an apartment complex in Brandon, near Tampa.

Deputies spoke to Garrett through the door, but since no crime had been committed, they cleared the call, the sheriff said.

Multiple attempts to use a Taser on Garrett were unsuccessful, the sheriff said. Garrett then got into a car. The sheriff said Garrett rammed through a back gate and crossed two lanes of traffic to intentionally hit LaVigne’s marked patrol car on the driver side with the front of his car, Chronister said.

Garrett went “as fast as he could make that car go,” the sheriff said.

The crash scene was so destructive that deputies couldn’t immediately reach LaVigne, who was unresponsive, Chronister said.

“He’s unconscious,” Chronister said. “They’re doing everything they can, from breaking windows, trying to crawl in from the back window.”

Firefighters eventually used tools to free him. He was taken to a hospital, but he died from his injuries.

LaVigne is survived by his wife and two children, one of whom is also a deputy at the sheriff’s office.

“You could only imagine the pain they’re going through being only one shift away from retirement,” Chronister said.