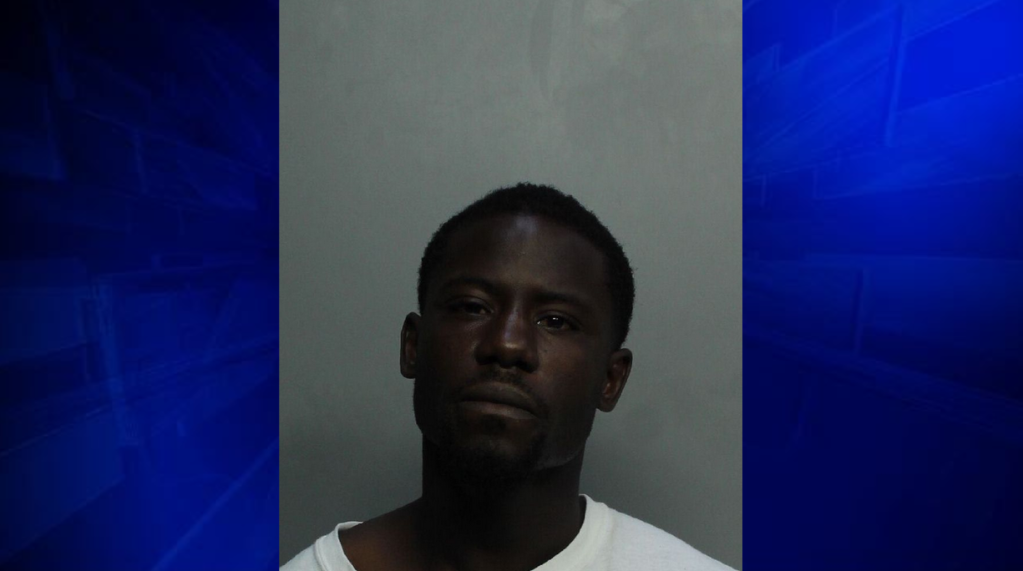 MIAMI BEACH, FLA. (WSVN) - Police have arrested a man who allegedly robbed a legally blind tourist of his jewelry at gunpoint in Miami Beach.

Miami Beach Police and Fire Rescue units responded to the area of Collins Avenue and 10th Street at around 9:30 a.m., Saturday.

Edward Earl Smallwood, 27, was arrested. He faces charges that include armed robbery with a deadly weapon, possession of a firearm by a convicted felon and resisting arrest.

According to the arrest report, witnesses confirmed the victim, who is visiting from Chicago, was walking with a friend when Smallwood allegedly approached them from behind and placed the barrel of a gun to the victim’s back and snatched his gold chain while pushing him to the ground.

Smallwood allegedly then took off running and dropped the gun, which was later recovered by officers.

Officers who were working an overnight fatal stabbing investigation nearby were caught on surveillance video chasing the alleged armed robber.

A blind man from Chicago had a gun pressed into his back while walking to the beach w/friends Saturday AM. The robber was after his chain. This was the response from @MiamiBeachPD who ran from a fatal stabbing scene 2 blocks away to arrest the armed robber. @wsvn pic.twitter.com/pRZmTXKZsC

The 27-year-old was taken into custody along the 900 block of Collins Avenue, according to the arrest report.

Smallwood has since been booked into the Turner Guilford Knight Correctional Center in West Miami-Dade, where he is being held without bond.