Loved ones devastated in wake of boat crash that killed Jose Fernandez, 2 friends 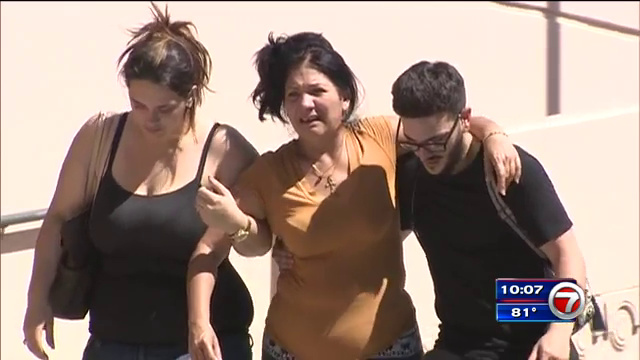 SOUTHWEST MIAMI-DADE, FLA. (WSVN) - A growing memorial can be seen outside of the home of Jose Fernandez’s grandmother in Southwest Miami-Dade, where family and friends continue to gather as they mourn the loss of the 24-year-old.

Miami Marlins owner Jeffrey Loria paid his respects to Fernandez’s family, Sunday night. Marlins players also arrived by the bus loads, earlier in the day, all saddened and shocked by the tragic death of their teammate and his two friends.

The family of one of the men killed in the boat crash that claimed the life of Miami Marlins pitcher, said they are struggling to cope with the sudden loss.

Florida Fish & Wildlife officials confirmed on Monday  that the vessel was owned by Jose Fernandez. 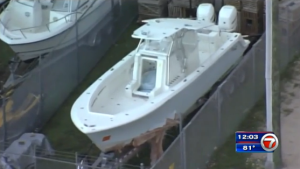 It was also a devastating day for the families of the two other victims, who were identified by Florida Fish and Wildlife Conservation Commission officials as 25-year-old Eduardo Rivero and 26-year-old Emilio Macias, on Monday.

Rivero’s sister, Nicole Rivero, woke up Sunday morning to the heartbreaking news that his 25-year-old brother was gone. “I miss him,” she said. “I know you’re in a better place, but we need you. I wish you would come back.”

Rivero said she wishes she had had the opportunity to alert her brother. “I wish I could have just told him so stay home, don’t go out, just stay home with us,” she said.

The late Rivero lived with his sister and their mother, and his family said he was a major help to them.

When asked how she is coping, Nicole replied, “It’s terrible, terrible. I don’t know how to deal with it, don’t know. My mom is a mess. She doesn’t know what to do.”

Saturday night, Nicole said, her brother decided to go out with Macias, who is a family friend and the son of a Miami-Dade Police officer.

Macias was also Rivero’s classmate at Braddock Senior High School. They both graduated in 2009.

The tragedy was even felt by those that work or live on the same street as Fernandez’s grandmother. “It was crazy for me,” said Pablo Ogeda. “I can’t believe that.”

Ogeda plans on attending Monday night’s game — a game Fernandez was scheduled to start. “I don’t know what will happen in the game, but I want to be there,” he said.

7News cameras captured Rivero’s family consoling each other outside his home. They said they are having trouble planning and paying for a funeral.

His cousin, 19-year-old Aileen Victoria, wiped away tears as she expressed her regret that she didn’t have a chance to say goodbye. “I wish there was something I could tell him. I would definitely tell him, ‘Why did he go?'” she said. “I have so many questions for him.”

If you would like to make a donation to help Rivero’s family with funeral costs, click here.