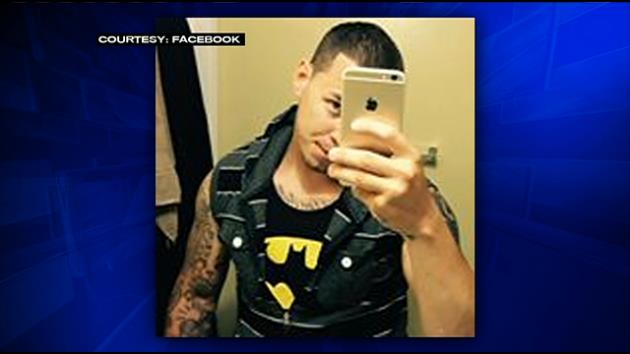 MIAMI (AP) — A federal jury convicted a man Tuesday of a plot to detonate a nail-filled backpack bomb on a Florida Keys beach that prosecutors said was inspired by the Islamic State extremist group.

Court records show the jury in Key West convicted Harlem Suarez, 25, on Tuesday of attempted use of a weapon of mass destruction and providing material support to a terrorist organization after a seven-day trial. Suarez faces a maximum of life in prison at sentencing set for April 18.

Suarez, whose family emigrated from Cuba, came to the FBI’s attention through Facebook posts praising the Islamic State group and containing extremist rhetoric, according to an FBI affidavit.

“By intending to place an explosive device on a public beach, Harlem Suarez posed a grave threat to the residents and visitors of Key West,” said Miami U.S. Attorney Wifredo Ferrer in a news release. “Let this case serve as an example to others that the U.S. attorney’s office and our law enforcement partners stand as a united front against all domestic threats.”

According to a criminal complaint, Suarez told an FBI informant he wanted to make a bomb, bury it on a Key West beach and detonate it.

He was arrested in 2015 after taking possession of an inert explosive device provided by an FBI informant, it added. Suarez had given the informant some bomb supplies, including two boxes of galvanized nails, the backpack and a cellphone to be used as a detonator, the complaint said.

“I can go to the beach at the night time, put the thing in the sand, cover it up, so the next day I just call and the thing is gonna, is gonna make, a real hard noise from nowhere,” Suarez told an FBI source in a recorded call, according to the complaint.

The FBI said Suarez also sought to make an Islamic State recruitment video using a script he wrote himself. It eventually was made under FBI surveillance at a motel in Homestead, according to the complaint, with Suarez dressed in a black tactical vest, black shirt, mask and yellow-and-black scarf.

Taking the stand in his defense, Suarez insisted he was only playing along with men he met online, local media reported. His attorney, Richard Della Fera, told jurors Suarez was no terrorist and that he had been goaded along by the FBI informant.

Earlier, the attorney said Suarez had become obsessed with news reports about the Islamic State. There was no indication Suarez ever made actual contact with Islamic State members overseas, according to the FBI, but several of his Facebook posts expressed solidarity with them.

In one post, the FBI said Suarez wrote, “Be a warrior, learn how to cut your enemies head and then burn down the body learn how to be the new future of the world Caliphate” — a reference the Islamic State goal of building a regional fundamentalist entity.

The FBI said he later added a request “from any brother. How to make a bomb send me a video or something, what do I need to make it.”