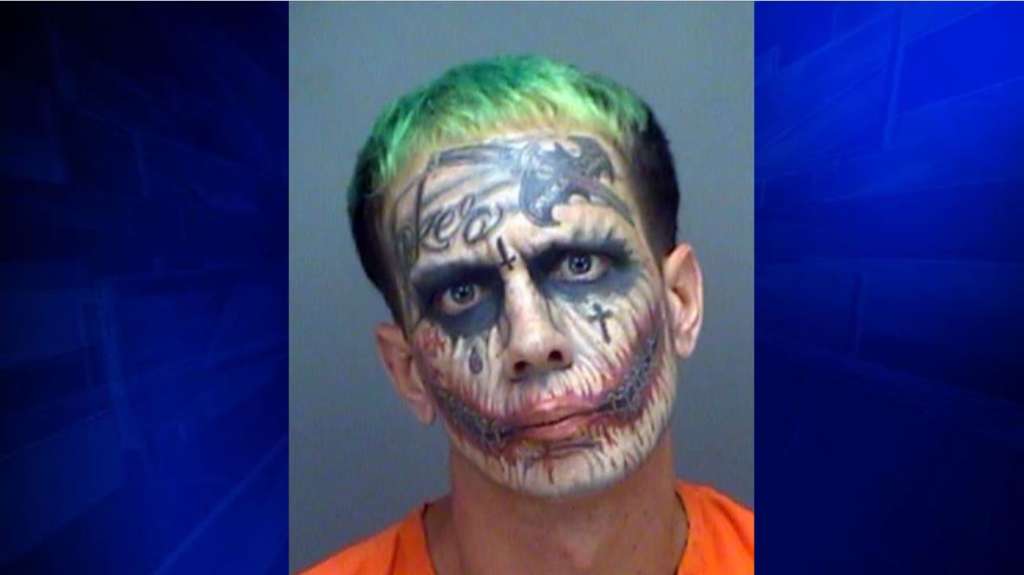 A man known across the internet as the suspect who looks identical to the DC Comics villain, the Joker, is back behind bars.

According to FOX13, 30-year-old Lawrence Sullivan was arrested in Gulfport for violating his probation, Tuesday morning.

Sullivan’s probation stemmed from a Miami case where he was accused of waving a gun at nearby drivers, officials said. He was arrested in May 2017 when Miami-Dade Police said he was waving a gun at drivers passing by in the area of Southwest 104th Street and Hammocks Boulevard.

7News reported at the time that officers found a Smith & Wesson .380 Bodyguard handgun in his possession with six rounds in the magazine.