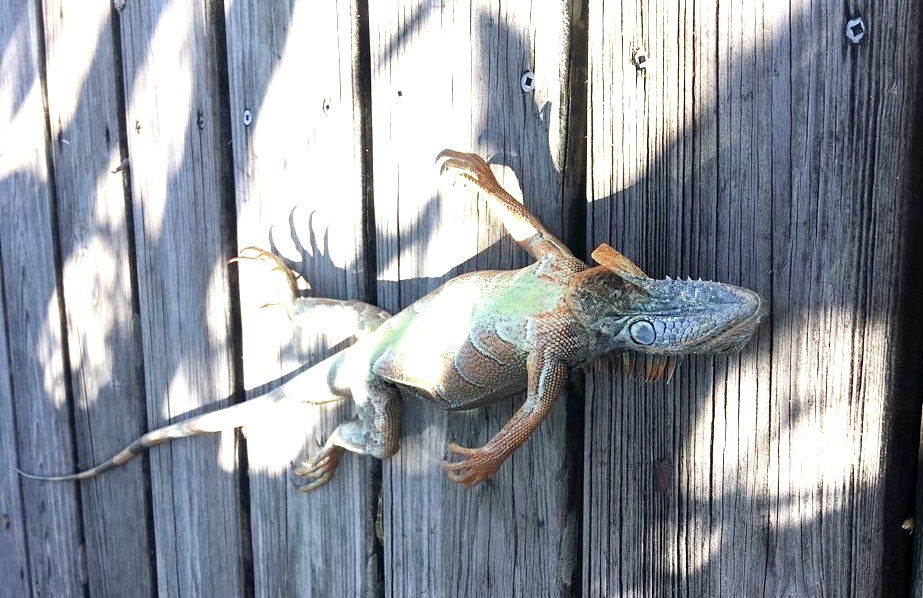 MIAMI (AP/WSVN) — It’s so cold in Florida that iguanas are falling from their perches in suburban trees.

The cold-blooded reptiles go into a deep sleep when the temperature falls into the 40s (below 10 Celsius). Experts said their bodies basically shut off and they lose their grip on the tree.

But it isn’t sudden death: Experts said the reptiles perk up when the temperatures rises.

7News viewer Kay Pavkovich sent us a photo of an iguana lying belly-up on a dock in Plantation, saying it regained consciousness in the sun once the temperature rose.

Green iguanas are an exotic species in Florida known for eating through landscaping and digging burrows that undermine infrastructure.

They’re not the only reptiles stunned by this week’s cold snap: sea turtles also stiffen up when temperatures fall. Wildlife officials say the frigid animals may appear dead but often are still alive.