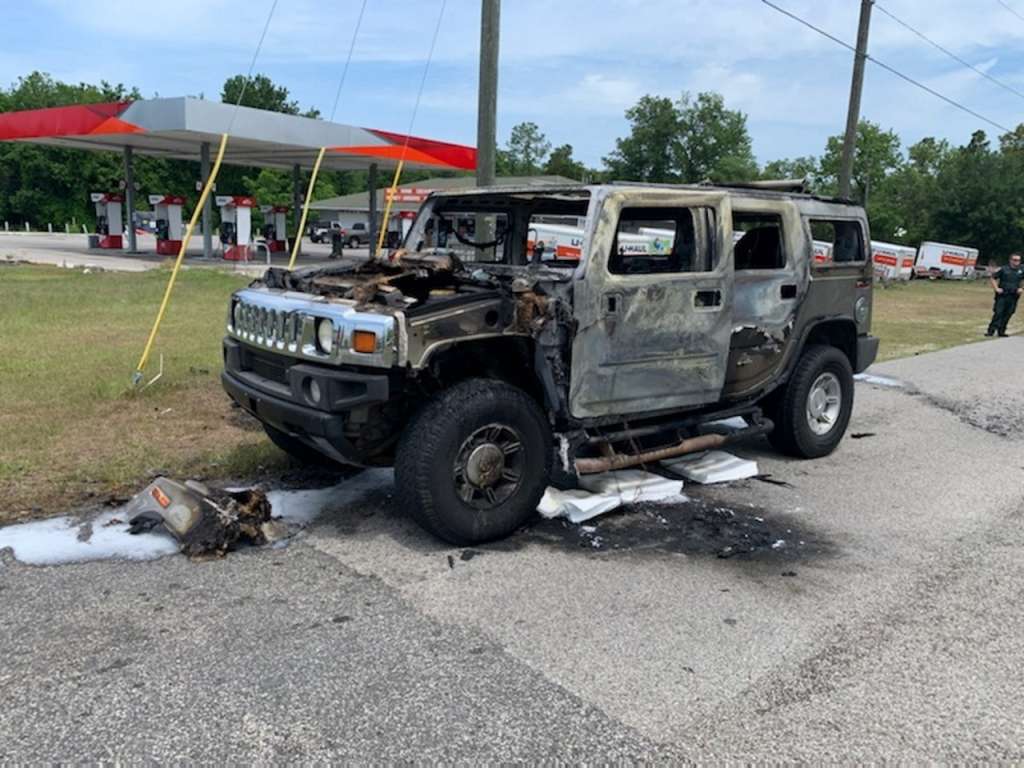 HOMOSASSA, Fla. (WSVN) — Firefighters say a Hummer went up in flames after the driver filled up several containers of gasoline at a Florida gas station.

According to Fox 13, Citrus County Fire Rescue responded to the scene at a Texaco gas station late Wednesday morning. Upon arriving, they spotted a Hummer H2 engulfed in flames.

Firefighters said the driver had just finished filling up four fuel containers with gasoline and had put them in the back of the vehicle.

Crews were able to put out the flames, and officials said one person was injured, but they refused transport.

It remains unclear how exactly the fire started.

According to the Citrus County Chronicle, the Florida State Fire Marshal was on scene to conduct an investigation, and the Florida Department of Environmental Protection was notified and will coordinate cleanup of the fuel spill.