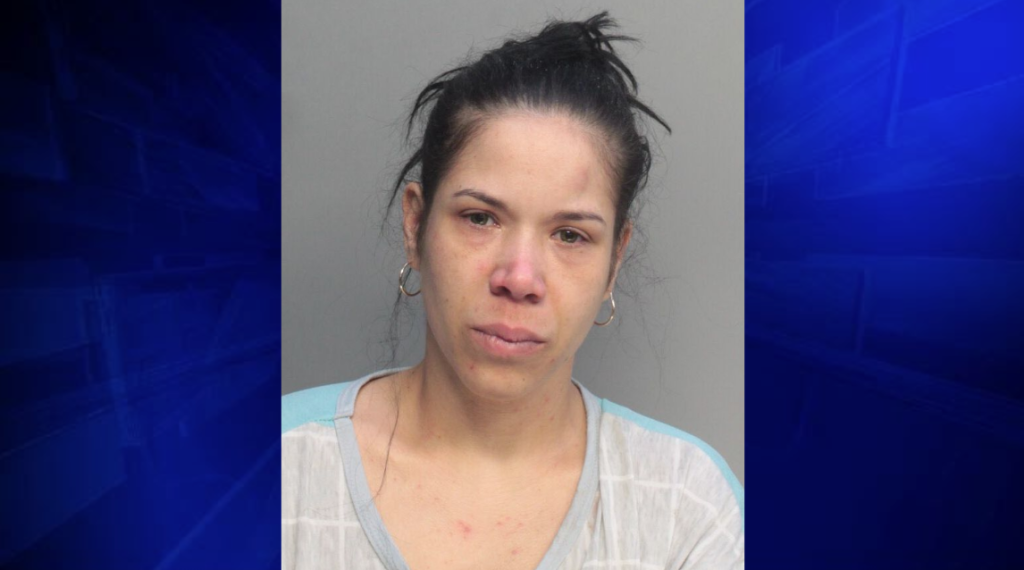 HIALEAH, FLA. (WSVN) - A Hialeah woman has been arrested and charged with trying to murder her three children.

According to an arrest report, the situation began when Carmenate took her infant daughter into the bedroom of the baby’s 12-year-old brother and 9-year-old sister, Saturday night.

Police said Carmenate told the children to go to bed, and after they lied down they heard her tell someone on the phone that she just killed the 6-month-old baby.

Investigators said the children saw Carmenate pressing her elbow to the infant’s neck, and the 9-year-old jumped up and tried to intervene by pulling her hair, biting and fighting her.

Detectives said Carmenate’s boyfriend, who is the infant’s father, heard the screams and tried to enter the room, but the door was locked. The 12-year-old managed to open the door, and the boyfriend ran inside and was able to get Carmenate off the infant.

The boyfriend fled the apartment with the infant and the two older children tried to follow. However, according to the police report, Carmenate grabbed the 12-year-old and began trying to choke him.

The boy was able to break free and escape, but police said, Carmenate then attacked the 9-year-old and began choking her.

Carmenate eventually let go of the girl, and she was able to escape.

The children told police they were in fear of their lives and believed Carmenate would kill them and the baby.

Police said the baby was left with marks on her neck and a head injury. The 9-year-old also suffered red strangulation marks from ear to ear on her neck and neck trauma that caused bleeding and swelling.

Carmenate has been hit with a host of charges, including premeditated attempted murder, child abuse and domestic battery. She is being held without bond.