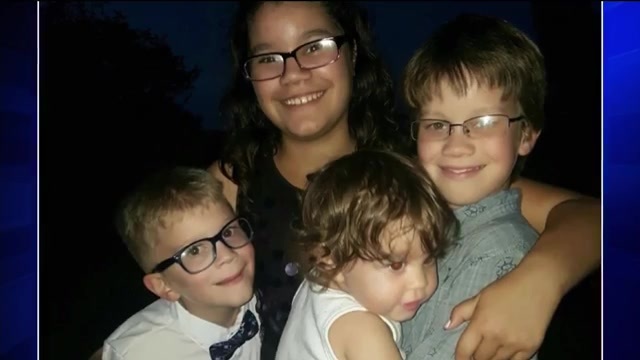 ORLANDO, Fla. (AP) — After a standoff of more than 21 hours, officers entered an apartment where a felon with a gun had barricaded himself with four children and found them all dead, a police chief said.

The hostage situation began when the girlfriend of Gary Wayne Lindsey Jr. left the apartment and told police she had been battered. Lindsey then fired at responding officers, seriously wounding one of them.

Orlando Police Chief John Mina said at a press conference just before midnight Monday that Lindsey, 35, was found dead in a closet when officers entered the apartment around 9 p.m.

Mina said officers tried to offer one of their phones to Lindsey, whose phone had spotty service, and saw that one of the children had been killed. Authorities went in hoping to rescue the others, but found all of them dead from gunshots.

“Our hearts go out to all the families involved,” Mina said.

The children with Lindsey ranged in age from 1 to 12. Two of them were Lindsey’s and two were the girlfriend’s, he said.

A police spokeswoman said Tuesday that the medical examiner, as part of an investigation, would determine when the children were killed.

The girlfriend had called police late Sunday to report she had been beaten and she managed to get out of the apartment.

Responding officers were fired upon. Officer Kevin Valencia was shot and was in critical condition but is expected to survive, Mina said Monday. One officer was able to return fire.

Valencia is in his late 20s and has been with the police department since 2016.

Court records show Lindsey had an extensive criminal history involving arson, battery and theft. He was on probation for several charges including arson.

Judy Pepper, who lives in the apartment complex, said that she had fallen asleep on the couch after watching a Sunday night baseball game on television when she heard four loud gunshots.

She looked out the window and saw three people carrying a police officer onto the grass. She said other officers arrived, cut open his shirt and appeared to be putting bandages on his neck. Then, they put him in a patrol car and sped away.

“Hell, yes, I was absolutely terrified,” she said.

Officers evacuated other residents of the complex in the middle of the night and blocked off adjacent roads. They were allowed to go home early Tuesday.

Police have not yet identified the four children killed, but an attorney representing the family reached out to Orlando media outlets, identifying them as 1-year-old Dove, 6-year-old Aidan, 10-year-old Lillia and 12-year-old Iraya. Attorney Walter Benenati also created a GoFundMe page to cover burial expenses.