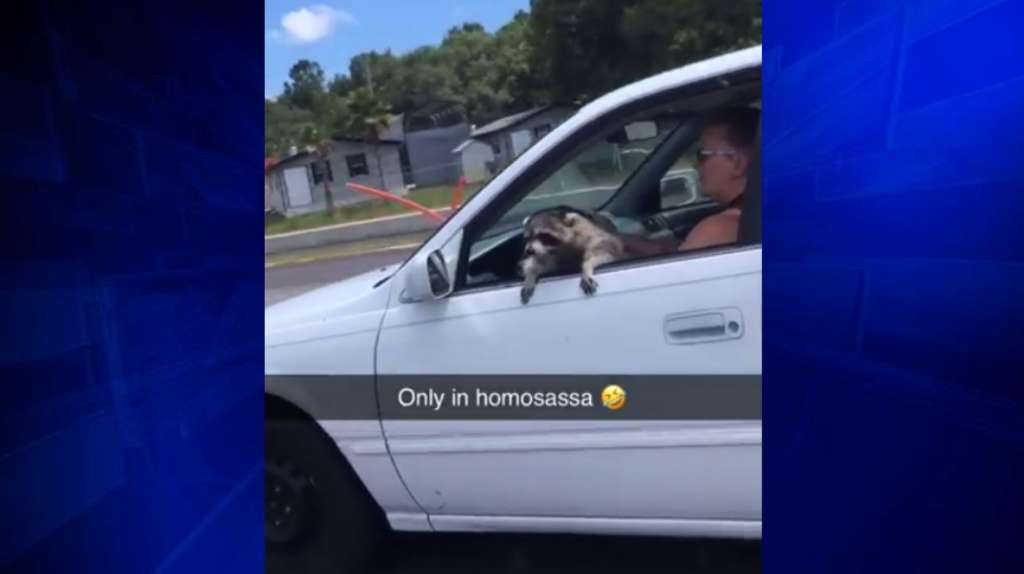 (WSVN) - A viral Facebook video showed a pet raccoon hanging out of a car window enjoying the breeze near Central Florida.

Savannah Jade and her boyfriend, Jermaine, were traveling along Suncoast Boulevard in Homosassa Sunday when they came across a raccoon sitting in the lap of the driver next to them, according to FOX35 Orlando.

Jade is heard telling her boyfriend to look at the unusual sight.

One of those viewers was actually the raccoon’s owner.

“Just to let everyone know that was me in that car and the famous raccoons name is Hank Williams,” said Trisha Dunavant.

She said Williams was rescued at just two weeks old.

“He fell out of a tree and momma left him and he thinks he’s a dog,” Dunavant continued, “and best friends with my 100lb pitbull. He just had his 1st birthday.”