FPL to pass along tax savings to customers 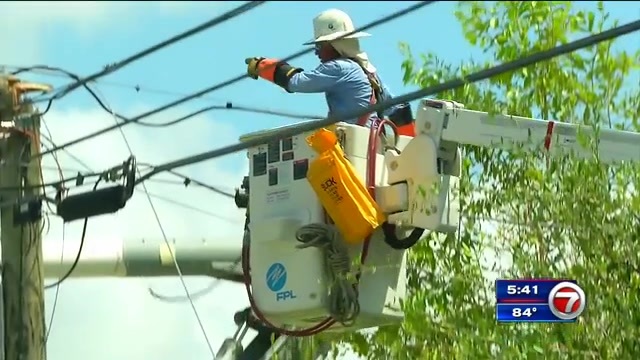 TALLAHASSEE — With a new federal law providing tax breaks for renewable energy, Florida Power & Light on Friday asked state regulators to approve a plan that would pass along an estimated $384.1 million in savings to customers over the next three years.

The plan, which would start with a $25 million refund to customers in January, would trim rate increases that FPL customers will face in 2023.

It stems from a federal law, known as the Inflation Reduction Act, that President Joe Biden signed in August. The law extended renewable-energy tax credits, a change that benefited utilities such as FPL, which has moved heavily into solar power.

FPL customers will see higher bills in 2023 because of an increase in base electric rates and soaring costs of natural gas, which fuels power plants.

“We recognize that all Floridians are continuing to deal with the challenges of record-high inflation and increased costs of everyday goods and services,” FPL Chairman and CEO Eric Silagy said in a prepared statement Friday. “As we continue working to operate even more efficiently to drive costs out of our business, federal tax savings will begin to provide some relief to customers next year as high natural gas prices continue to put upward pressure on bills.”

Because of a merger with the former Gulf Power, FPL has two sets of rates. In 2022, residential customers in areas traditionally served by FPL pay $120.67 a month if they use 1,000 kilowatt hours of electricity — a common industry benchmark. Customers in Northwest Florida areas formerly served by Gulf Power pay $155.61.

Bills would be adjusted again in February, with 1,000-kilowatt hour customers paying $129.59 in the traditional areas and $159.81 in Northwest Florida, according to the filing at the state Public Service Commission. Rates likely will change further in 2023 because of costs of natural gas.

Utility bills are made up of a combination of factors, with the two largest costs involving base rates and fuel. The Public Service Commission last year approved a multi-year settlement that included base-rate increases for FPL.

That settlement also included a requirement that rates be adjusted if federal tax laws change. FPL’s proposal Friday would carry out that requirement.

Under the proposal, FPL customers would receive a $25 million refund in January reflecting the federal law’s effects for the 2022 tax year, according to the proposal The utility also would begin passing along $69.7 million a year in tax savings. Those savings would be provided in 2023, 2024 and 2025.

In addition, FPL estimated that the law will result in a total of $150 million in savings in 2024 and 2025. Those savings are related to costs of solar projects included in last year’s base-rate settlement.

©2022 The News Service of Florida. All rights reserved.