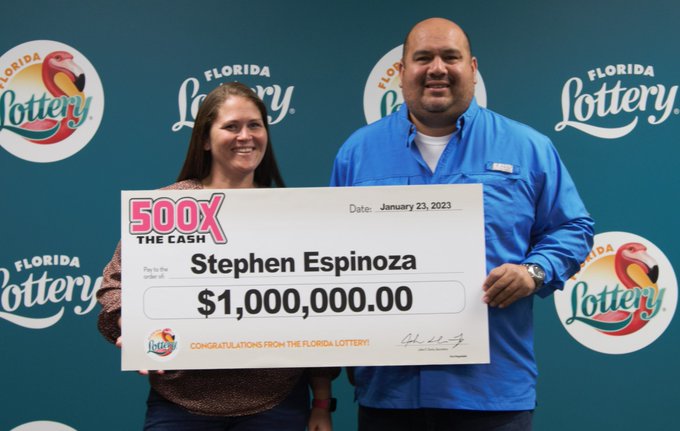 (WSVN) - A Delray Beach man hit the jackpot when he won $1 million off a scratch-off ticket.

Stephen Munoz Espinoza, 43, of Delray Beach, claimed a $1 million prize from the 500X THE CASH scratch-off game at the Florida Lottery Headquarters in Tallahassee.

“It was the end of a long day, and I was tired. I stopped at Publix and was about to buy a ticket at the machine when a man cut right in front of me,” said Munoz Espinoza. “Instead of saying something, I decided I’d just buy a ticket at the counter instead. I can’t believe I won a million dollars!”

The retailer will receive $2,000 for selling the winning scratch-off ticket.

The $50 game features a top prize of $25 million- the largest ever offered on a Florida scratch-off game. The game’s overall odds of winning are 1-in-4.50.

Espinoza and his wife said they plan to buy a home for their family.