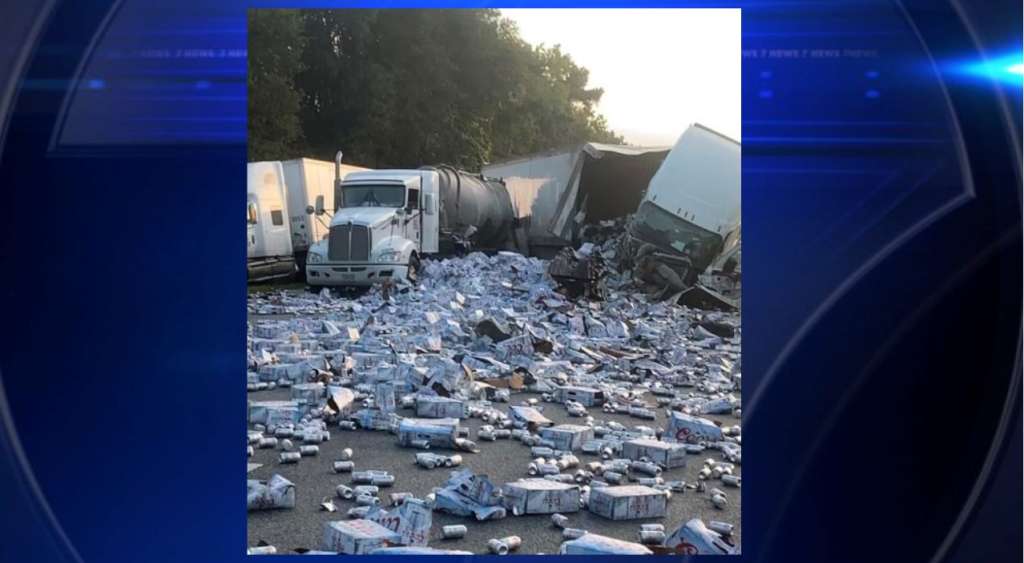 (WSVN) - Beer cans littered multiple lanes of Interstate 75 in Florida after several semi-trucks were involved in a crash.

According to Florida Highway Patrol, two tractor-trailers were heading south when one collided into the rear of another while changing lanes in Hernando County, Wednesday morning.

Loads from two of the semi-trucks spilled onto the highway lanes, closing the southbound lanes and causing traffic for miles.

According to FHP, only minor injuries were reported.