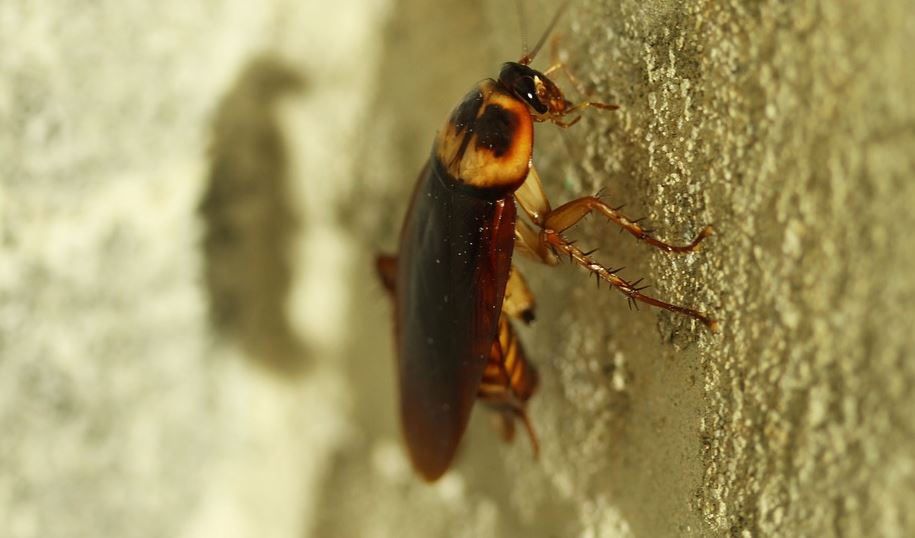 They’re the collective sounds of primal anguish after reading a Florida woman’s account of waking up with a palmetto bug in her ear. (That’s the polite name for a flying cockroach, for those of you not acquainted with the reviled Sunshine State insects.)

Katie Holley’s gruesome experience happened in the early morning hours of April 14. Soon after, her sister-in-law — who works as an editor for Self Magazine — asked her to pen an essay . She did, in frightening, gut-churning detail that’s made thousands of people across the nation wonder if they should sleep with earplugs.

“Never thought I’d be known for such a ridiculous thing lol,” she tweeted to a reporter on Thursday. It should be noted that Holley has an extremely positive attitude and healthy sense of humor about an episode that would send many into a spiral of anxiety, including this reporter.

“I need therapy for a lot of reasons, but this experience blows all of those other reasons out of the water,” Holley wrote.

Holley, who is 29 and works as a sales and marketing manager in Melbourne on the state’s east coast, has lived in Florida since 1995. Which means she’s seen her fair share of palmetto bugs, which are brown, ubiquitous, and can grow to an inch-and-a-half long or more. It doesn’t matter how clean your home is — it’s almost a given that every building has one or more.

And they come out at night.

“When I woke up with this weird feeling, I didn’t know what it was. But 30 seconds later, stumbling to the bathroom, I knew,” she said. “I knew there was something in my ear.”

Holley’s next several hours were the stuff of horror movies. She gingerly put a cotton swab in her ear and fished out two legs. Her husband “located the thickest part of the roach that was visible” and tried to extract it, to no avail.

(Seriously, it gets worse.)

The bug wriggled in her ear on the trip to the hospital. Once there, a doctor poured lidocaine in her ear and the insect died. A doctor removed three chunks — but that wasn’t all.

Nine days later, Holley still had lingering discomfort and hearing loss, so she went to her family doctor.

“My physician proceeded to remove the leg and flush my ear again, only to examine it and see even more remnants. She ended up pulling out six more pieces of the roach’s carcass–nine days after the incident took place.”

“This may be upsetting to many people, but it’s a pretty common thing,” said Dr. David Wein, chief of emergency medicine at Tampa General Hospital, who added that the hospital gets a dozen or so cases a year. “There are probably not a lot of preventative things you can do. In Florida it’s really hard, because we all have bugs in our house, no matter how many times you spray.”

In fact, Holley said, she and her husband had hired an exterminator about a week before the incident.

“I think it’s one of those freak things, unfortunately,” she said. “It happened to me, so it’s probably not going to happen to you.”