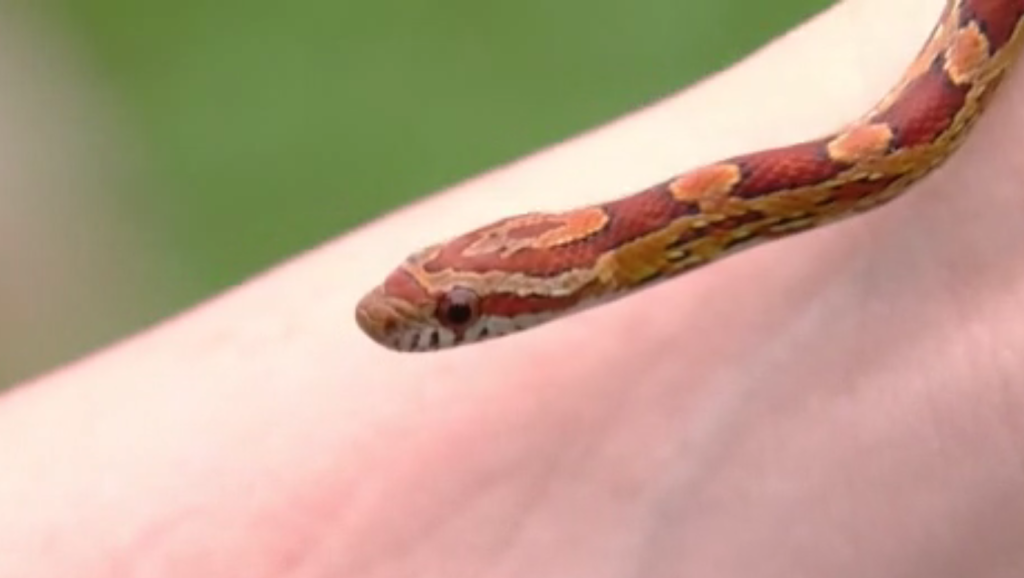 SEBRING, Fla. (AP) — A Florida woman is under investigation after apparently posting a video on Facebook showing a red rat snake biting her 1-year-old daughter.

The woman tells WFTS she has no regrets for “introducing” the girl to the snake, which she found in the driveway of her home near Sebring. The station reports the Highlands County Sheriff’s Office investigated the incident and determined that, by purposely exposing the child to the reptile, there was enough for authorities to charge her with child abuse. The case has now been handed over to the State Attorney’s Office.

The woman, who wasn’t identified because she’s not been charged, says “people are too sensitive.” She has deleted the Facebook video.
She says the snake bit her and her son several times and “didn’t leave a mark.” She thought it was a good opportunity to “introduce” the girl to the snake without her getting hurt.

She says it’s important to teach her kids how to handle wildlife and what to avoid.