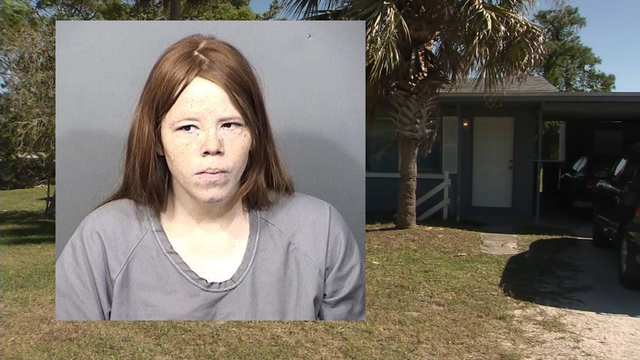 WEST MELBOURNE, Fla. (WSVN) – A central Florida woman has been charged with the murder of her newborn twins.

According to Fox 35, an arrest warrant shows that 30-year-old Rachael Lynn Thomas initially told police that her twins, a boy and a girl, had been birthed stillborn over a toilet at her home.

However, an autopsy report later indicated the newborn twins were intentionally killed following their births.

“Preliminary autopsy results reveal the manner of death of the twins is homicide. Detectives learned that Baby Jane and Baby John suffered severe blunt force trauma to their heads, not consistent with Thomas’ story of giving birth in a toilet,” West Melbourne Police Capt. Richard Cordeau said in a statement. “In addition, the umbilical cord was wrapped around Baby Jane’s throat and a foreign object was lodged in her throat to block her airway. After discarding her in the trash can, Thomas threw additional trash on top of Baby Jane in an attempt to conceal her. Both babies are believed to have been carried a full 39 week term.”

Police said Thomas called them several hours after the twins were born, and the mother only presented one dead infant when first responders arrived at the scene. Crime scene investigators later located the second infant in an outdoor trash can.

She is currently being held without bond at Brevard County Jail.