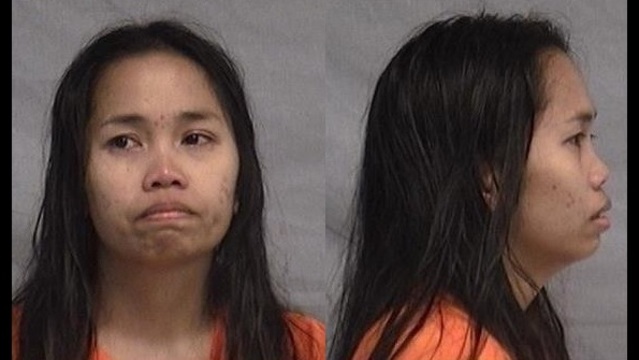 FERNANDINA BEACH, Fla. (WSVN) — An argument over an engagement ring ended with a woman’s arrest in North Florida.

Nassau County Sheriff’s deputies received a call about a fight between a man and a woman on Monday, Jan. 2, Fox 30 reported. When they responded to the scene, they arrested 25-year-old Enrevie Bendejo, who is accused of biting her fiancé and beating him with a wood plank with nails in it.

According to deputies, Bendejo and her fiancé had been engaged for just a week, when they started arguing about the ring he gave her when he proposed.

The argument escalated, with Bendejo allegedly grabbing a piece of wood off the front porch and beating him. The police report said she also bit him on the arm and punched him in the face.

Bendejo was arrested and charged with aggravated battery with a deadly weapon. There was no word on whether the engagement was still on.