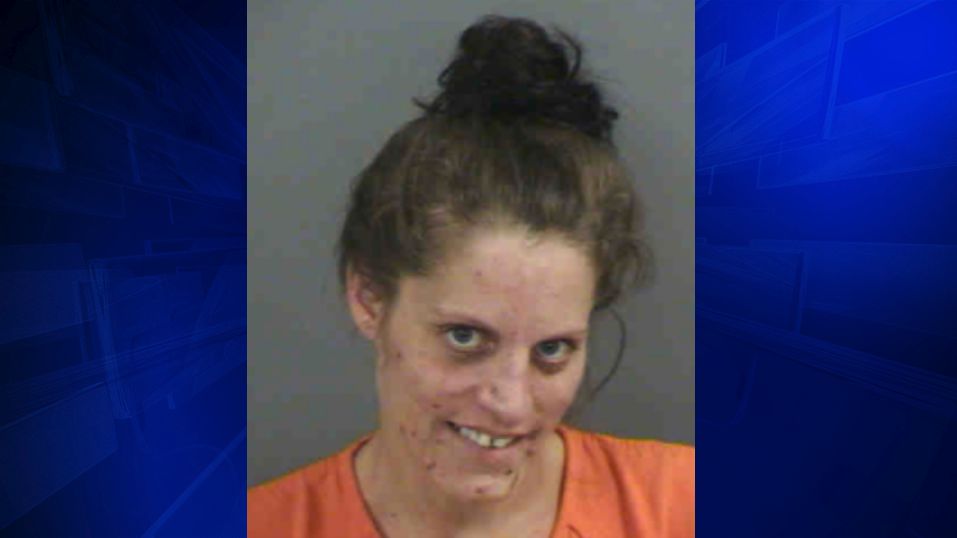 COLLIER COUNTY, Fla. (WSVN) – A Florida woman arrested for drug possession attempted to chew meth hidden in her buttocks after being strip searched when taken to jail.

According to Fox 13, Collier County Clerk documents say 30-year-old Summer Nicole Adamson broke into a car on June 29. When Collier County Sheriff’s deputies arrived to the scene, the caller said her vehicle’s window was broken and that a woman named “Summer” fled the scene in a Jeep.

Court documents said that an officer located the vehicle a short time later and recognized Adamson from a previous run-in with law enforcement. The vehicle had expired tags and was then pulled over.

Adamson was seen digging in the car’s center console, according to court documents, and the officer saw a syringe poking out from her right leg. A small plastic baggie, which Adamson later admitted contained heroin, was also seen.

The officer arrested the 30-year-old woman and she was taken to the Naples Jail Center where, during a strip search, officials witnessed Adamson reaching into her buttocks and grabbing a small plastic bag, placing it into her mouth and beginning to chew. Deputies were able to remove the bag from her mouth, which later tested positive for meth.

Adamson faces charges of drug possession, possession of drug paraphernalia, evidence tampering and smuggling of contraband into county detention facility. Her arraignment is scheduled for July 24. It is unclear if Adamson has an attorney.