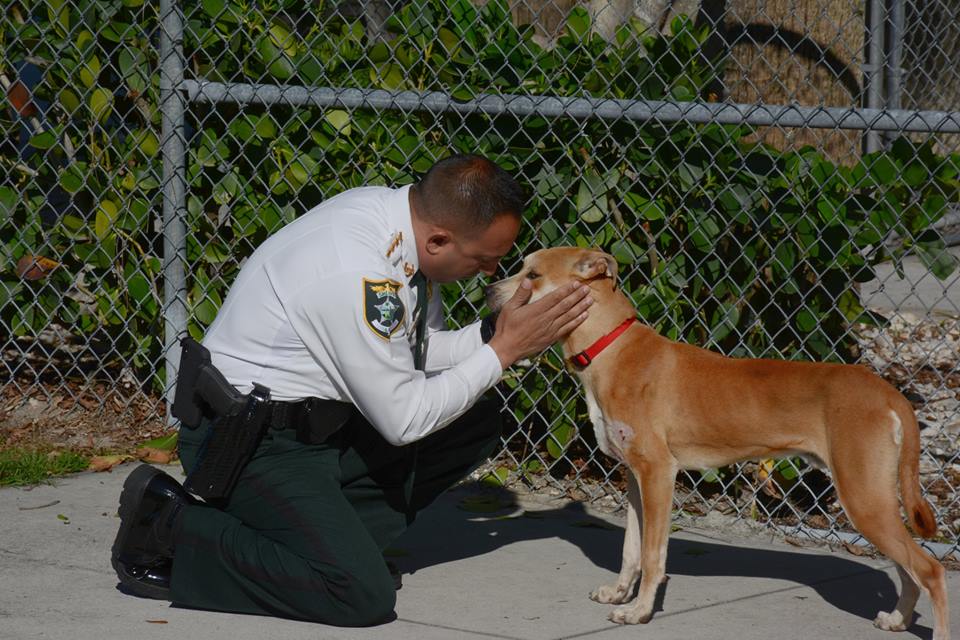 FORT MEYERS, Fla. (WSVN) — A dog that was found with his mouth taped shut has found a new home with a Florida sheriff’s office.

The dog, a Florida Cur now named Chance, was found wandering in Lehigh Acres last week. Chance’s mouth was taped shut with red electrical tape, and he was found dehydrated, malnourished and suffocating.

He also had wounds to his leg and chest.

Since then, the Lee County Sheriff’s Office said Chance has progressed “wonderfully.”

“He has gained weight, his wounds are healing nicely, and he is beginning to trust select people,” the office wrote on Facebook.

According to Fox 13, Lee County Sheriff Carmine Marceno has taken Chance under his wing and has even “deputized” him.

“Deputy Chance will have an office near Sheriff Marceno’s desk,” a sheriff’s office spokesperson told the station.

Once Chance has recovered, the sheriff’s office said he will serve as a “Pets on Patrol Spokes-dog” for the agency’s Community Relations Bureau when he’s not residing at home with his “official” adopted parents.

Deputies said Chance will also have his own email address and can be contacted at deputychance@sheriffleefl.org.